It’s time to give NVIDIA another chance

Read why OEMs might want to refocus on NVIDIA SoCs, after going underutilized in 2013.

2013’s been a year of upsets for some major industry players. BlackBerry failed to see its latest platform take off, and now it looks like the company is going to be sold. HTC didn’t get quite the boost from the One it was hoping for, and may be facing quarterly losses. And while this Nokia business might be good for Microsoft and Windows Phone in general, it hardly speaks to Nokia’s success.

When we’re talking about companies that have seriously seen their standings tank over the course of they year, I think we absolutely have to include NVIDIA.

Back in January, NVIDIA got the year started with the announcement of its Tegra 4 SoC. The quad-core Tegra 3 saw decent success the year prior, making it into some high-profile devices, so I was pretty optimistic for another solid showing. The Tegra 4’s technology, with its main A15 cores and the return of a fifth, low-power core, sounded like a satisfactory, if not jaw-dropping update over the Tegra 3, and I waited to see what devices might end up featuring it…

And wait I did. But nothing came. 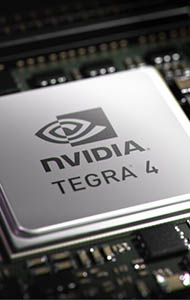 It didn’t take too long before rumors started suggesting that OEMs were giving NVIDIA the cold shoulder, favoring Qualcomm chips above all else. Sure enough, companies that had placed NVIDIA chips in their devices in years past were now going with other silicon. Take LG: the Tegra 2 scored the company a coup with the launch of the Optimus 2X, the first dual-core smartphone, and it stuck with the Tegra 3 for the LG Optimus 4X HD. Even HTC was down with NVIDIA, bringing Tegra 3-based models like the One X+ as late as last October.

But as fall gave way to winter, and that Tegra 4 announcement came, most of these previous hardware partners wandered away, hitching their wagons to other SoCs.

So who is using the Tegra 4 nowadays? Well, NVIDIA, for one – the company has started experimenting with mobile hardware of its own, and we’ve seen both the Shield and the Tegra Note tablet design (itself intended for licensing to other OEMs). That Tegra Note business could be just the breath of fresh air NVIDIA needs, and we’ve already heard of companies like HP showing interest.

Despite that progress, NVIDIA’s struggled to get manufacturers interested in placing its chip inside their original models. Where it has succeeded, it simply hasn’t done so on the same level of past SoC designs. For instance, ASUS and Acer have long used Tegra chips in their tablets, and while they’ve returned for the Tegra 4, we’re not seeing as much from each.

Despite some ASUS interest, NVIDIA really lost out where it counts the most, as the arguably most high-profile tablet from ASUS – the Nexus 7 – moved from a Tegra 3 to a Qualcomm chip for this year’s model.

So, for the most part, the general public hasn’t even been exposed to a single Tegra 4 device to date – not that it’s impossible, but that the Tegra 4 really hasn’t shown up on anything I’d peg as mainstream. That’s all about to change, maybe in one part due to that Tegra Note effort, but I think the greater opportunity comes in the form of the Surface 2. 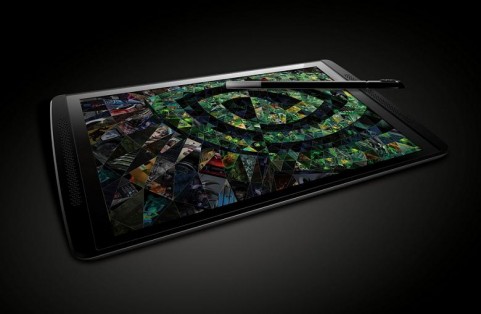 Of all the manufacturers to stick with NVIDIA this year, Microsoft and its Surface tablet has got to be the highest-profile. Now to be fair, the first Surface RT was a disappointment in the eyes of a good number of users, and the Tegra 3 took a fair amount of that blame. The new Surface Pro 2 doesn’t have much to prove, but this new RT model – though now called just the Surface 2 – is going to be put under the microscope. Was the first Surface RT a fluke, and Microsoft has learned from its mistakes? I’d sure like to hope so, and if this Surface 2 and its Tegra 4 end up impressing even those Surface RT nay-sayers, it could go a long way to restoring the chipmaker’s rep.

Problem is, even if the Tegra 4 had enjoyed greater popularity this year, we’d already be moving into the home stretch, and the next generation of SoCs are already lining up just over the horizon. Success with the Tegra Note and in the Surface 2 might win the Tegra 4 a spot in another upcoming model or two, but it’s the next chapter in NVIDIA’s SoC story that’s going to determine its future in this market – another year like 2013, and I could very well see the company closing up this line of its business, if not drastically reworking it and offloading it to someone else.

Even at this early point, the Tegra 5 sounds pretty impressive. The demos NVIDIA’s shown of the Kepler GPU are extremely compelling, and rumors have already suggested that NVIDIA could have another self-designed tablet ready early next year to show this chip off.

If that’s true, it’s a great idea – get the Tegra 5 out there, and early, so that people see what it can do and start asking for it by name. Right now, one of NVIDIA’s biggest problems with the Tegra 4 is exposure, and anything it can do to correct that situation with the Tegra 5, it needs to.

I don’t think that Tegra chips have always been the best – truth be told, I’m more of a Qualcomm man myself – but it’s just disappointing the degree to which it feels like the Tegra 4 was never really given a full chance, and I’d love to stop seeing so much hate directed NVIDIA’s way. Maybe its older chips let you down on occasion, but that doesn’t mean the company intends to revisit those same mistakes. Let’s give it an honest chance and see if it doesn’t have what it takes to reclaim its spot among the SoC heavyweights in 2014.