Google Now and Now on Tap could keep me on Android

Google Now and Now on Tap are both very compelling reasons to stay with Android. As other assistants catch up, it makes for an interesting choice.

I’m a Windows Phone fan who has been on Android for about nine months now. Ever since I got the Moto360, then the Pebble, I have been pretty much addicted to smartwatches, and Windows Phone just doesn’t have them. Ok, it has the Band, but I don’t really count that. So I’m left with Android. But I don’t want that to sound like a bad thing – it’s not. I’m doing just fine on Android thank you very much, and a big reason why is Google Now. 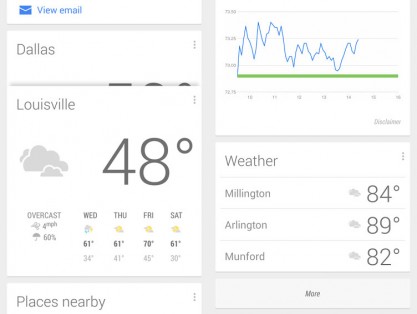 Google Now is one of those services that’s hard to describe. Actually, it’s not really hard to ~describe~ so much as it’s hard to sell. We had a discussion about this on the Pocketnow Weekly a couple of weeks ago. Google Now is a service that is intensely personal and is extremely useful, but it’s hard to describe why to someone who is not you. For example, my Google Now feed is clogged with Chicago Cubs and Chicago Blackhawks news, mobile tech news, and reminders to myself. This is great if your name happens to be Adam Doud.

But describing this feature to a foodie, who loves classical music and performance art will totally miss the fact that Google Now can connect you to great places to eat and a show. They see Blackhawks and mobile tech and are like “Why do I need that?” Now on Tap will add a demonstrative element to the mix, so that will help considerably. Showing someone how contextually aware Now on Tap is will go a long way toward helping people understand why and how to use it.

Stand by your man (or woman)

But at the end of the day, personal digital assistants, like Google Now, and Cortana, and soon Siri will all be very compelling reasons to adopt and stick with a smartphone. If I stay on Android past the next Windows Phone flagship, which is becoming more and more of a possibility, it will likely be largely because of Google Now, Now on Tap and smartwatch support. You may have noticed that two of those things have the word “Now” in them.

Apple, Microsoft, and Google have all realized that this is the way to go, which is why Cortana and “Siri: the Revenge of Siri” have both come out in the last year. People are forming relationships with their phones – this sounds twisted, but it’s really not. People are looking for ways to interact with their phones that weren’t possible two or three years ago. Phones are getting smarter and more aware and they’re becoming more and more personalized to their individual users. This is a very good thing. 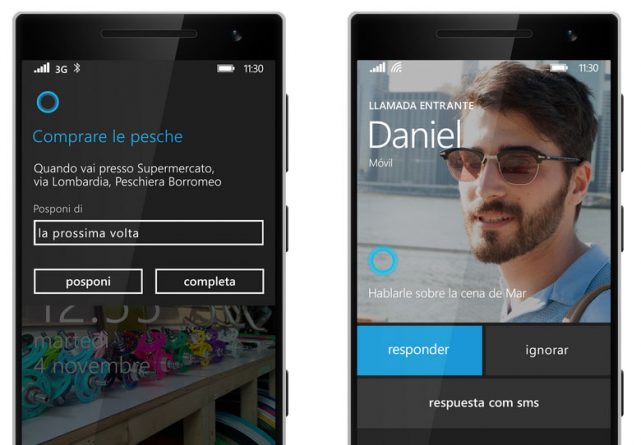 Different trajectories to the same target

It’s funny, because even the philosophies behind the digital assistants are becoming clearer as these services evolve. Google Now is focused on serving you things, whether it’s food, news, movies, or entertainment. Siri is more focused on communication. Remember what Apple showed us was on the left Proactive panel? That’s right, it was recent contacts. Cortana is more about being in the moment and being aware of what you’re doing – location based reminders, contact reminders, time reminders.

All of these philosophies are perfectly valid, and I can’t wait to take them all for a spin once they’re fully fleshed out. I am much more of a content kind of guy, so it actually makes sense that I connect with Google Now the most, especially during Stanley Cup season. I’m devouring every piece of Blackhawks news I can get my eyes on because it’s the nature of who I am, and Google Now knows that. It has found me some really great content that I wouldn’t have found on my own. That’s very exciting to me. As I evolve, it evolves, and it serves me with better and more relevant content.

Bringing it all back to even

Now if only I could get a to-do list at the top of Google Now, my experience would be complete. Then again, if only could get a smartwatch on Windows Phone, things might be different as well. What’s really important though is that all three platforms are catching up to each other in terms of personal assistant functionality, and that can’t be underestimated. Before long we’ll have a certain amount of parity between those platforms and there will be little left to distinguish one from the other. The more things change, the more they stay the same.

What about you? On a scale of 1-10 how important is your personal digital assistant of choice? Who are you using these days? What’s the best thing it does for you? What does it not do that you want it to? Sound off below, and let’s talk about it.