No surprises with new Galaxy S9 video and render leaks

Computer-generated renders from December pretty much nailed it if what we’re seeing in these media gets carried forward to February 25.

If the previous video from Weibo revealing the Galaxy S9 wasn’t titillating enough for you, there’s another clip from the Chinese microblogging site that may excite the mind. And if even that’s lacking, don’t worry, there are more Galaxy S9+ case renders to peruse.

One Mr. Strong has posted a five-second video — redistributed onto YouTube through leaks aggregation site SlashLeaks — that simply shows the S9, in black, being flipped around by a single hand. A label says that the device was produced on January 24. Vaunted tech analyst “Ice Universe” commented that the device looks very much like a production model. The only definitive features we’re able to make out is the single rear camera and the newly-located fingerprint sensor, placed under the lens.

Product pages have also been published by Poetic Cases — and have been accessed by GSMArena — also show the Galaxy S9+ packaged in three of the company’s upcoming designs: “Affinity,” “Guardian” and “Revolution.” 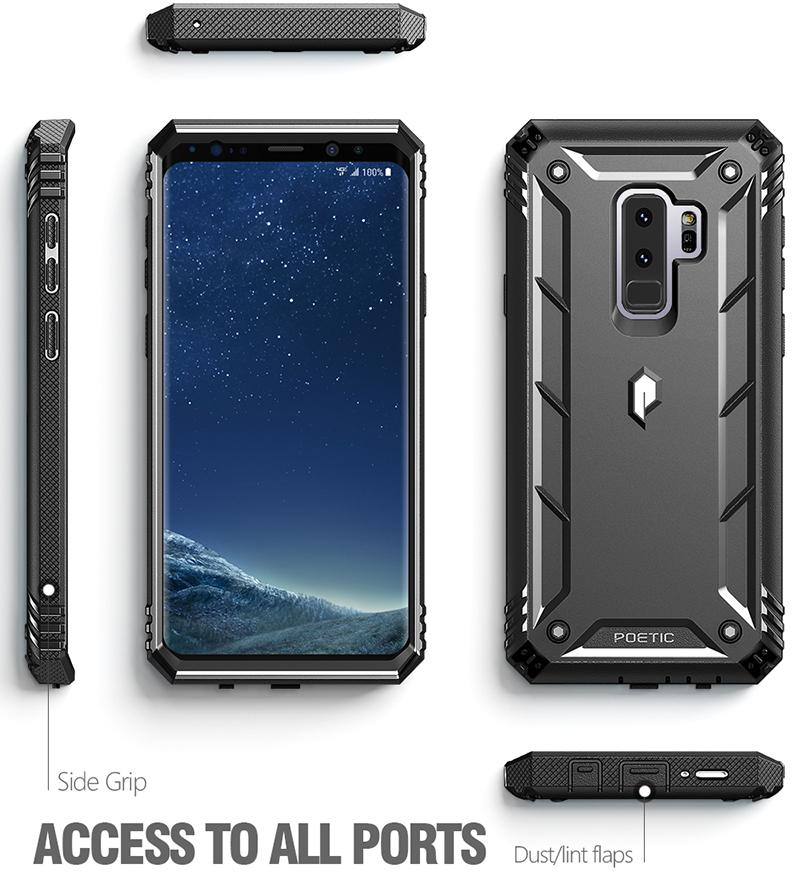 Particle flaps on the case indicate that we’ll see a headphone jack (we’ll infer from that that the regular S9 will have it, too) next to the charge and data port, almost certainly being USB-C. An array of cameras and other sensors embellish the top of the device. The back of the device greets us with two cameras, oriented one on top of the other, both above the fingerprint sensor. Stage right, we see the flash and laser emitter for lighting and focus assistance.

Both devices, as shown, hit right on target with projected renders leaked last month. As to what all of those cameras can do in tandem with the internal hardware, Samsung has alluded to a reimagination of the smartphone camera in its announcement of a February 25 Unpacked event.