Nokia shocked the world today by actually having a Nokia World event in the twilight of their device manufacturing days. With the door on the phone factory about to close – at least the door with the “Nokia” logo on it – Nokia brought some pretty nice devices to the Windows Phone Lumia lineup, including two new six inch phablets and the oft rumored Nokia tablet. The crowd went wild. Go Nokia!

A big screen is very nice, but unless you’re properly utilizing that big screen, it’s still just a big screen just for the sake of having a big screen (*cough* *cough* HTC One max *cough*). The advantages of a big screen are obvious. It brings larger, more clear video, easier sharing of on-screen content (in a “Hey! Watch this video” kind of way) and probably the most compelling use for a larger screen – the third column of live tiles.

The Qualcomm Snapdragon 800 quad-core processor is another really good reason to want a 1520. I’ve also talked in the past about how Windows Phone doesn’t need quad-core processing, but that it was almost inevitable to come to the platform. Hooray for future proofing! But in the present, the processor will make the phone even more snappy and responsive, especially while working with RAW image files, which is another thing Nokia is bringing to the platform. So, it’s a pretty nice detail.

Nokia Black, in Nokia’s suite of updates packaged along with Microsoft’s GDR3 package rolled up into  one big ball of fun. This will come pre-installed on both Lumia models shown at today’s conference, and that’s pretty sweet too. The rest of the Lumia Windows 8 lineup will receive those same updates starting next year or if you’re on AT&T maybe in 2017 if they get around to it. There is definitely something to be said for getting the latest and greatest software updates right out of the box, and not having to wait for carrier  testing, right AT&T customers? How’s that Amber update treating ya? 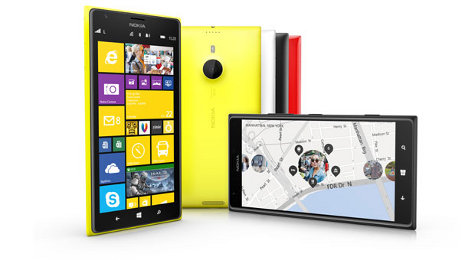 Finally, the Lumia 1520’s 20-not-41-but-still-awesome megapixel camera is compelling in and of itself. The 2x lossless zoom on the camera is obviously not as sharp as that on the Lumia 1020, but I just love lossless zoom. The more the merrier sure, but I’ll take what I can get. And that lossless zoom is such a wonderful feature that every phone should have this from now on. I really hope we all see the 20-megapixel camera become the minimum standard on Lumia flagships going forward.

All told, Nokia brought some sexy stuff to the Lumia lineup. Between six inch screens, 20 megapixel cameras, and bargain pricing for the Nokia Lumia 1320, there was a lot to like coming out of Abu Dhabi today. But it’s just not quite there for me yet.

That isn’t necessarily a bad thing to Joe-Blow consumer. It’s just a deal-breaker for me. Again, I’d like to re-state that there is a demand for this type of phone. It’s just not my demand. I would rather sacrifice some screen real estate for one-handed use, and a less busy home screen. What do you think? Are you in on the 1520 or the 1320? The price of the 1320 is pretty hard to beat, but you necessarily take a hit on some of the specs. Is there a Nokia phablet in your future? Comment down below and let us know!