Nokia X2 could be on the way, suggests benchmark

Nokia’s Android smartphone effort could already be getting a reboot, as we are now seeing a possible Nokia X2 benchmarked with specs similar to the Moto E.
Published 21 May 2014, 01:29 EDT

Even though Nokia’s Devices and Services team is now at Microsoft, the company may not be abandoning their Android efforts. Nokia’s X low-end Android device may soon be due for a refresh, as benchmarks are now revealing a possible followup.

The unit’s alleged specs remind us very much of Motorola’s Moto E, a device that didn’t perform exceptionally well, but still is worth the price tag according to our own Michael Fisher. The specs on the handset supposedly consist of a 1.2 GHz Qualcomm Snapdragon 200 processor, 1GB of RAM, 4GB of on-board storage. These specs do place this followup ahead of its predecessor, as RAM has been doubled and processor clock speed has been increased by 200 MHz. 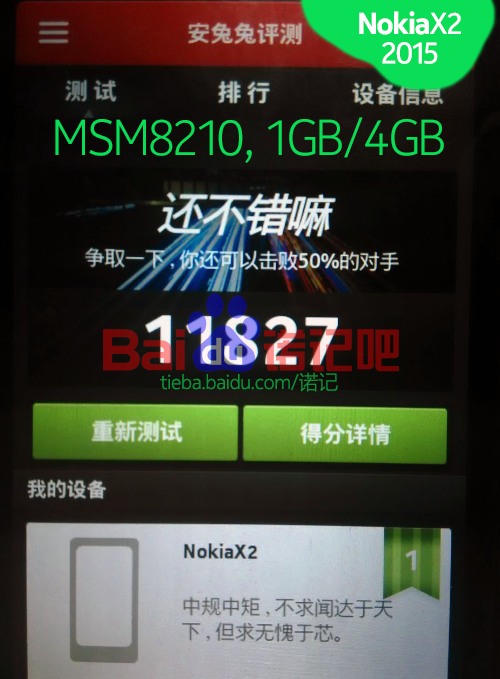 It is worth noting that Nokia had announced a set of feature phones years ago with a similar name, so “Nokia X2” may not be the final name if this device ever sees the light.