Nokia nailed it, your move Microsoft

What I’m about to say to start this article with might sound odd to some of you, but for those of use that have been in the business for a while, it’s not. As I covered the launch of the Nokia Lumia 900 at CES 2012, I want you to watch the video one more time and notice how the representative was completely reluctant to let me handle the phone. It was their standard procedure, and as persuasive as I tried to be, I could show the phone off, but I couldn’t show-off Windows Phone 7.5. Yeah, I’m still irritated over how the guy pulled the phone out of my hand every time I watch that video.

History then repeated itself last year with the launch of the Nokia Lumia 920. Anybody want to think back and remember the facts about that announcement? Remember how the phone was ready months before Microsoft was able to roll Windows Phone 8 to the market, and many of us even became irritated at the amount of time we had to wait? Even more irritating was the fact that again, if you see our hands-on videos of the event, we could see anything we wanted related to the device, but we could not operate Windows Phone 8 because it wasn’t ready.

I do have to commend Microsoft for making both Windows Phone 7, 7.5 and Windows Phone 8 what they were and are. If you’re like me and came from the times when Windows Mobile 5 (and all the way up to 6.5) completely trashed the speed we were used to seeing in Pocket PC devices back in the early days, you’ll understand how much of a breeze these new iterations of the mobile operating system are when it comes to speed and reliability. In a way, I kind of understand Microsoft’s level of perfectionism in not allowing us to see the new version of their operating system until it’s finished, but then again, their attention to detail is not the problem, but more, their timing. As hot as the Nokia Lumia 920 was, there’s no debating that it was delayed, and you and I know that delays are devastating in the world of mobile technology.

All this said, you’d say that the timely launch of the Lumia 1020 in the next couple of days is the perfect example of both companies finally getting things right for the first time ever, right? Well yes in part, I do have to congratulate both companies for finally figuring that out for the first time in about two years of partnership, but the point of this article is actually different.

This article is about innovation.

As we discussed the launch of the Lumia 1020 in our Pocketnow Live edition of the event, there’s no denying that one of the only things we found wrong about this phone is the spec sheet. Think about it, Nokia nailed it here by providing us a phone that has a camera unlike any other smartphone or even some “pro-sumer” cameras in the market, and yet, the experience with the rest of the phone is not optimal due to external factors. Why? Well the phone will give you amazing photographs, but you won’t be able to see these photos on the new 1080p displays that many smartphones already have today, simply because the operating system can’t support it. Some may say that 1280×768 is good enough, but why use last year’s display when this year is all about 1080p?

I’m not going to talk about processors or RAM here because we’re all clear that Windows Phone 8 doesn’t need a V12 engine to run, unlike some Android phones, but I do find the display limitations to be in complete disparity with the direction in which Nokia is trying to push the market. At times when smartphones are still scratching the surface of a 13 megapixel camera, and having Nokia leap that significantly with 41 megapixels, lossless zoom technology, etc, it’s an irony to see this amazing feature be stuck to last year’s display technology.

I feel that all these limitations can hinder the sales performance of the Lumia 1020, and here’s why.

Microsoft needs to quit the excuses and understand their target 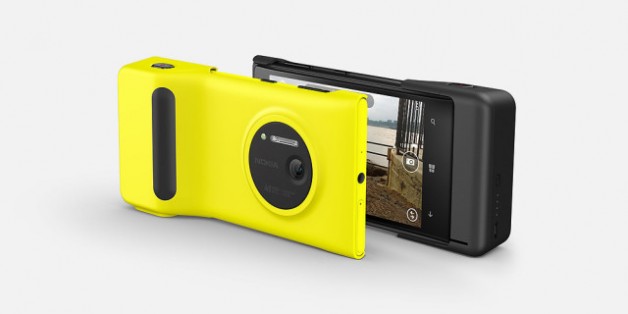 How is it that Nokia can leap clearly ahead of the smartphone camera market, and Windows Phone 8 is so behind when it comes to its support of this year’s hardware? Tell you what, don’t let me convince you, and notice how Stephen Elop never mentioned Windows Phone 8 on his keynote of the Lumia 1020.

Ok, I’m going to share some demographic numbers with you to explain why the spec sheet matters in this specific market. Did you know that only 13% of our viewership on YouTube is Female? Imagine that 87% of the people that watch our work is Male. So, if there’s such a dramatic difference in the market that actually cares about having such a powerful camera on a phone, then this phone should’ve been made with the male user in mind, right?

Well, If Microsoft knew anything about how we guys think, they’d understand that we’re always obsessed with the power of the tools we have. Whether you all want to admit it or not, you do care about specs. Please, just accept it. If not you all would still be using an HTC Inspire 4G or a first-gen Samsung Focus.

Surely Windows Phone doesn’t need powerful specs to run, but the reason why you’ll mainly see us guys with a Galaxy Note II, or a Galaxy S 4, is because even if neither of these phones are actually any faster than a Nokia Lumia 1020, we love the idea of having the latest and greatest hardware, just because. To ask a guy to not care about specs is like asking a girl to not care about fashion. It’s just natural human nature. If this wasn’t true then the V6, V8 or V12 engines would’ve never been invented, Monster Trucks would’ve never become a sport, and the most powerful phone among us guys would be an iPhone, right?

41 megapixels, a thick camera hump, and only three color options all smell like a male phone to me, and even though I’m sure there will be one or two girls using one of these, we go back to that 87-13% ratio in the market that’s really interested in giving better usage to their smartphones. Sadly, as much as I’m sure that Nokia was ready to slap a 1080p display and a quad-core processor on this phone, it was pointless since the operating system isn’t ready to support this. 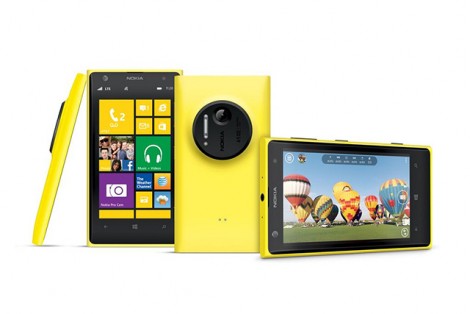 I made this point in our live coverage of the Lumia 1020 event, and I stand by it strong. Nokia has delivered here. They pushed this smartphone as far as they possibly could when it came to hardware, design and UI enhancements. I seriously believe that there is nothing that Nokia could’ve done better here, and still, you and I know there is room for improvement with this phone, but everything that’s left to be improved is out of Nokia’s control.

If the Lumia 1020 doesn’t’ succeed, it’ll be Microsoft’s fault. This device has everything it needs to take the market by storm, and yet if the platform and the ecosystem have not matured enough to draw user appeal, it’ll flop regardless of how well Nokia did to push it forward.

Again, I feel this is a mentality thing, and the next quarter results of Nokia will tell us a thing or two about Windows Phone, and not necessarily of Nokia as a company.

The fact that if Apple were to separate the iPhone as a company, it’s currently worth more than all of Microsoft, is really something I’d think of long and hard if I were Steve Ballmer. How can it be that a six-year-old, underpowered product is more powerful than a thirty-year-old software empire that once produced the richest man on the planet? How can it be that this software empire is not capable of making their own software appealing to the same market they invented a decade ago?

I know, I know. I’m sure some of you are already preparing your “You’re a Microsoft hater” comments right now, all with no clear reason as to why. This has nothing to do with loving or hating the company. This has to do with my deep desire to see both Nokia and Microsoft succeed with the Lumia 1020, and the fact that there are still caveats here that are completely Microsoft’s responsibility to fix. The title of this article is simple and direct – Nokia nailed it, your move Microsoft.

What about you? Do you think that my desire for a 1080p display on this smartphone is dead-on, or do you believe that it’s not necessary to enhance your experience with a Lumia 1020? I’m definitely buying the phone, but that doesn’t mean I don’t wish it had more, so leave us a comment with your thoughts.