In these images you can allegedly see Nokia Lumia 920 GDR3 update running, with the Bittersweet shimmer Nokia software package.

Last week we’ve seen a leaked image that was allegedly showing off the upcoming Notification Center on Windows Phone. There’s a Live Tile and an asterisk on the top right. In the image above, the asterisk is replaced with either a down arrow or a checkmark, which could lead to speculations that this is another sighting of the upcoming feature.

The device pictured is claimed to be a Lumia 920 and, as you can see, it is running a version of Windows Phone which allows for an extra row of tiles, much like in the leaked renders and images of the Lumia 1520. If this turns out to be legit, the extra row of tiles will not be reserved for high-end 1080p screen-enabled phones, but 720p devices will also likely feature it.

The about screen shows Bittersweet shimmer, the OS update that Nokia will likely push out after its Amber update, based on Windows Phone 8’s GDR3 refresh. The image at the very bottom also shows off the rumored capability of closing applications in the multi-tasking view. At the source link you will find a couple of different stills, some of which seem to show off some sort of “mood” changing abilities, but the automated translation isn’t accurate enough. 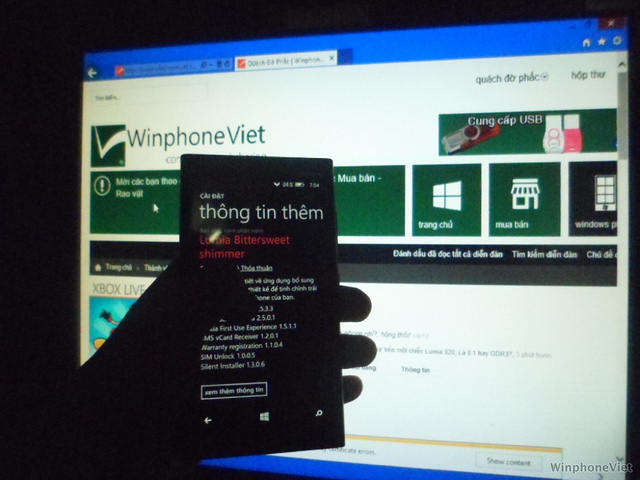 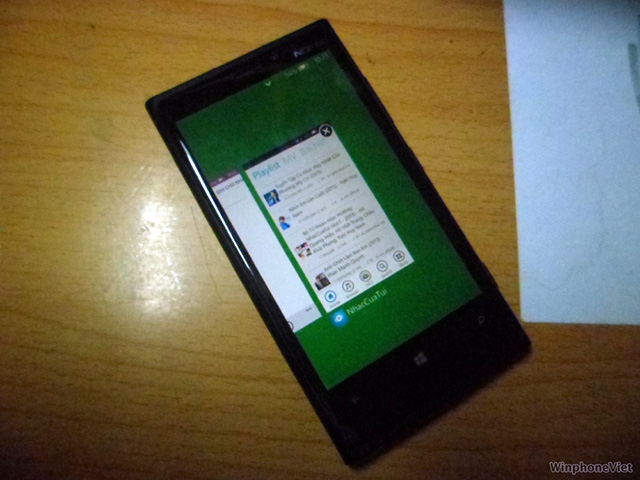