Nokia is expected to announce new Windows Phone 8 Lumia devices at the upcoming Nokia World conference just next week. It appears that two of their upcoming handsets, the Lumia 820 and the Lumia 920 with PureView, have been leaked in advanced. Both feature the new Windows Phone 8 logo and familiar Nokia designs if you consider the current Lumia 800 and 900 devices that are on the market. The 820 is pinned as a 4.3″ slab, to be made available in a variety of colors. The 920 is the more interesting device, which bumps the screen size to 4.5″ and apparently adds Nokia’s PureView camera technology which is employed on the Nokia 808 PureView. No other word on specifications or pricing, though with Windows Phone 8’s new multi-core and higher-resolution screen support, we wouldn’t be surprised if these Lumias had dual-core CPUs with higher-res displays. 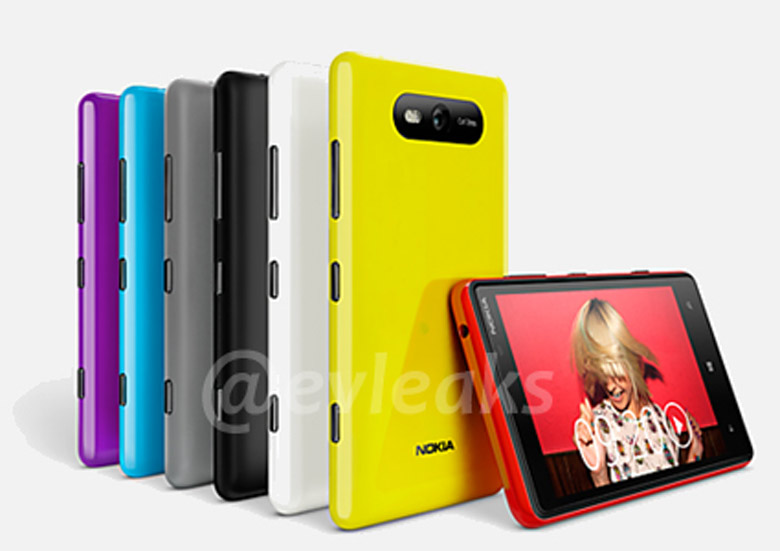