Get your first look at two of Nokia’s brand new Lumia smartphones, likely to be announced this coming Monday.
Published 22 February 2013, 17:02 EST

Of all the Nokia Lumia smartphones we’re expecting to see at the Mobile World Congress, the 720 and 520 have been the most well-formed. While we have general rumors about other models like a PureView phone or a 920-ish model for Verizon, the 720 and 520 have received pretty comprehensive spec lists, and already appeared in regulatory filings. Today we get our first look at these two models, thanks to a pair of leaked pics.

That’s the Lumia 520 up above, and the Lumia 720 below. While these are unconfirmed leaks, this source has been quite reliable (most recently with HTC One images), so chances are very good that these are the real deal.

The two look quite similar to each other, drawing upon the design of several other Lumia models. The lack of a combined enclosure for the lens and flash harkens back to the Lumia 510, but the more squared-off construction feels more like the company’s more recent Windows Phone 8 designs – perhaps the Lumia 820 is its closest inspiration.

Chances are we’ll see both of these guys announced at Monday’s Nokia MWC press event, possibly along with a few surprises. 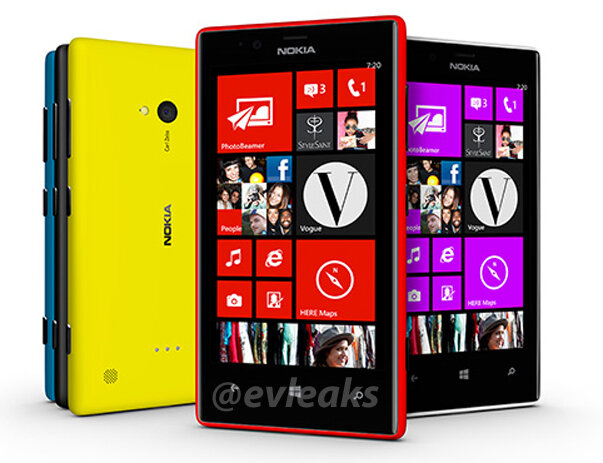