Nokia Lumia 510 Spotted In The Open, Teases Us With Hands-On Video

Make no mistakes about it: low-end is still big business when it comes to smartphones, especially as such hardware expands into new markets. While Nokia’s got its Lumia 820 and 920 for the Windows Phone 8 launch, we’ve also heard about new hardware that will instead run Windows Phone 7.8. This Lumia 510 has shown up before in renders, but now we get a chance to look at it in the flesh.

It looks like the phone’s still running Tango in this image, but that should quickly be remedied once 7.8 becomes available. The handset seen here closely matches what we saw in those renders, basically taking Lumia 610 hardware and tweaking the design with a larger, four-inch screen.

Shortly after the first pic surfaced, a video was discovered showing a quick hands-on interaction with the phone, but it’s since been made private. We still have a single frame-grab from that clip (below), but it’s a real shame we weren’t able to take a look while the chance lasted.

From the looks of things, we wouldn’t expect the same rainbow-colored case options from the 920 and 820 to trickle-down the 510’s way. 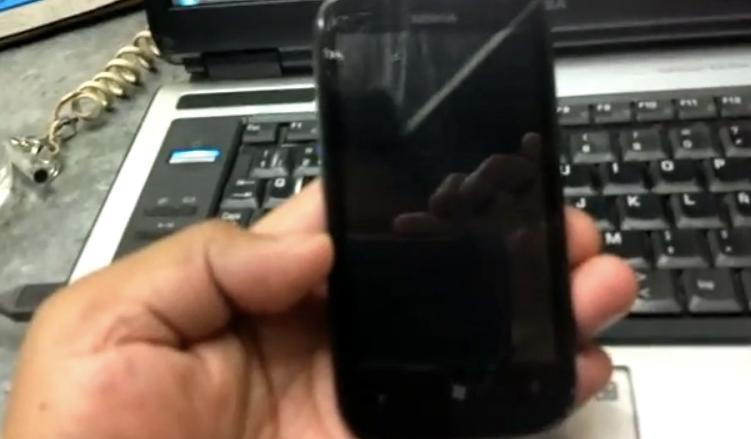