Is this the fully-assembled Nokia EOS PureView camera?

What is it they say about raining and pouring? Only a couple hours back we were checking out some images that sure seemed to depict Nokia’s rumored EOS PureView Lumia, with a big, round cutout for the phone’s bulky camera elements. Thanks to a separate leak, we can follow that up now with what appears to be a shot of the fully-assembled PureView camera package.

From the shape, to arrangement of the lens and flash, this sure does appear to be the same hardware we saw this morning. That “XX megapixel” notation is something Nokia’s used in the past during phone development, and we’ve even specifically heard it mentioned in regards to the EOS thanks to some earlier hands-on accounts from tipsters.

Then again, we’ve got a few warning lights going off. The image was tweeted by a brand-new account, with no track record of leaks, and without any explanation of the picture’s provenance. We also get the sense that it’s a bit too perfect, from the lighting to the pleasant grass background – this looks like the kind of picture we’d take for a phone review, not the sort of quick-and-dirty blurrycam stuff we usually get pre-release.

That needn’t prove anything, but we just want to keep aware that this could very well be a high-quality render someone threw together in a hurry after seeing the earlier leak.

Update: Well, we hate to burst everyone’s proverbial bubble, but this guy’s starting to look faker and faker. We might not have had any more than an uneasy feeling at first, but check this out – the shadows around the lens itself and the camera bulge don’t seem to match, and suggest conflicting directions for the light source. It’s less conspicuous of a tell, but also notice how the “XX” doesn’t appear to be fully-embossed. 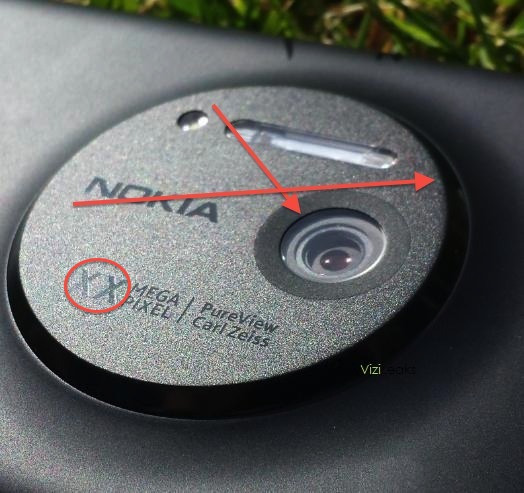 Update 2: ViziLeaks has another EOS image out, and this time the evidence of manipulation seems even more clear-cut: some of the grass along the upper edge here, over towards the right, has pretty clearly been cloned (and not even well). 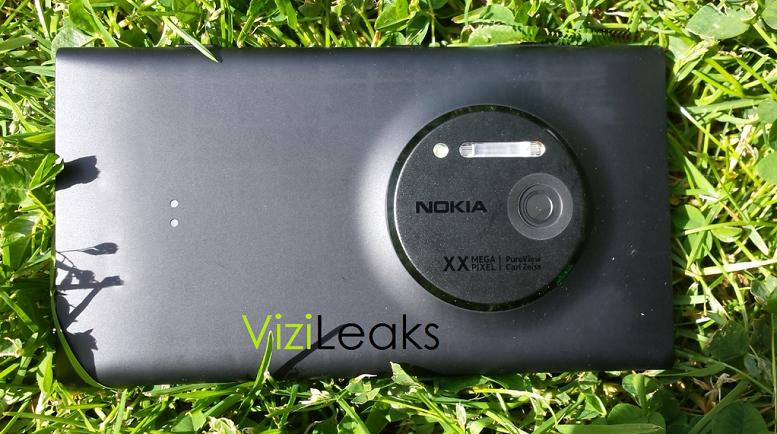