Is it too late for a Nokia Android phone?

If I had to pick one company that revolutionized mobile communications, it wouldn’t be Apple – it would be Nokia. All we need now is a Nokia Android.
Published 19 January 2016, 23:31 EST

If I had to pick just one company that revolutionized mobile communications, it wouldn’t be Apple – it would be Nokia. 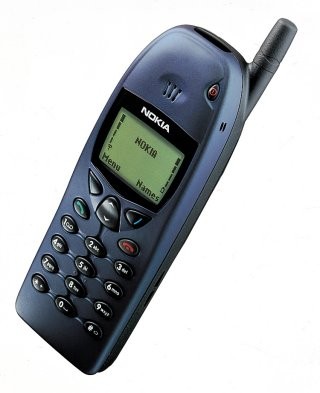 Back in the 1990’s, when cellphones were just starting to rise in popularity, Nokia was the company you wanted to make your phone. They were durable, user-friendly, and who can forget their wonderful battery life? We were just coming down from the popularity of pagers – and two-way pagers (which is where Research in Motion came into popularity), and all of a sudden we had cell phones that could do more than make and receive calls – they could send those two-way messages, too. For those that had some of the more powerful cell phones, smartphones were an afterthought.

Nokia was born in Europe, and was able to take advantage of the global GSM standards. The States were built on other cellular standards, and were slow to adopt phones built by Nokia – in the beginning anyway.  As VoiceStream Wireless (which would become T-Mobile) and others started to grow their GSM networks, features that Europeans had had for years on their phones started to gain momentum here as well.

It wasn’t long before Motorola and Nokia were the leaders in the cell phone industry in the States. That’s when phones started getting “smarter” and adding more features. Even Nokia offered a device with a folding keyboard, limited Internet access, and on-device email: the Nokia Communicator 9000, made popular in the movie The Saint starring Val Kilmer. It was powered by a whopping 24MHz processor and 2MB RAM.

Microsoft led the charge into smartphones, but Apple soon stole the spotlight with the iPhone. Nokia’s newer phones (running the Symbian OS) couldn’t keep up. Android came on scene, and even Microsoft’s Windows Mobile was outshined. 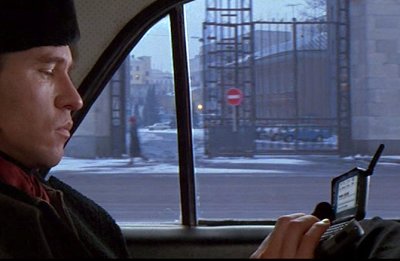 iOS and Android both have seen huge growth over the years, but Microsoft was busy rebuilding its entire product offering. Windows Phone grew in popularity and capability, and Microsoft even partnered with Nokia to bring its legendary hardware to devices running Microsoft’s new mobile operating system. That partnership worked out very well, bringing us some of the best optics smartphones have every seen. Eventually Microsoft gobbled up Nokia and in October 2014, it was announced that future Lumias would be branded with Microsoft’s name and logo – not Nokia’s.

Somewhere along the way, Nokia released an Android-powered smartphone – though it didn’t look like one. Instead of a familiar-looking launcher, Nokia’s launcher showed colored blocks – very much like the Live Tiles in Microsoft’s own OS. The Nokia X was very much geared to emerging markets and wasn’t all that impressive – but with a little hacking, you could turn it into a pretty decent little Android. That was back in 2014.

Now we’re hearing rumors (very much unsubstantiated) that Nokia may again be flirting with an Android-powered smartphone, and all the questions we had before are resurfacing. While now, like before, Android doesn’t need Nokia, unlike years ago, may need Android to stay relevant. The questions we have are whether this Nokia-built Android will be an entry- to mid-level phone, or something closer to high-end. Perhaps an entire line?

From a purely selfish perspective, I hope a Nokia Android would be something closer to flagship (a Nokia-made Nexus would be especially alluring), but with this year’s focus seemingly being directed toward the mid- to low-end, I’m not holding my breath.

What do you think? What chances does Nokia have if the company decides to return to the smartphone game with an Android offering? What are some other reasons that Nokia needs Android? What features would you expect to see in a Nokia-branded Android? Why would that phone be better than a similar phone made by another manufacturer? And, more importantly, is the world ready for a Nokia Android?

Let us know your thoughts in the comments!

On today’s Pocketnow Daily, we talk about the Google Pixel 5a being cancelled, the display on the iPhone 13, and more.