Take a look at this Nokia 9 render. It takes all the recent leaks and rumors of the penta-lens smartphone and details them.

There is still no consensus on the name of the Nokia phone that features five cameras on its back. Some call it the Nokia 9, other think it’s the Nokia 10. Whatever the case may be, the phone started popping up and making headlines recently thanks to various leaks. The most recent one is an alleged picture of its back, showing a penta-lens camera arrangement involving five shooters (on the back alone).

Ben Geskin took all those rumors and leaks and compiled them in a render. It’s the first time we’re being treated to a Nokia 9 render, unofficial as it may be. Or Nokia 10, if the name matters at this point.

While the front looks like any other 2018 Android phone, the back is what everyone is talking about, and interested in. The five cameras with the ZEISS branding are arranged in a hexagon, complete with the flash and probably a sensor. Just how exactly they will work is anyone’s guess, and there are quite a few. One leak hints they will be independent, with one for telephoto, black and white, color, and blur, in addition to multi-lens pixel synthesis capabilities.

Other reports theorize that we might be looking at a revolver-like functionality. According to this speculation, the camera would revolve around the lenses depending on the shooting modes. This is also the least credible theory as the lenses are not circular. The camera arrangement is rather more of an upside-down dagger, obelisk, or obelus. 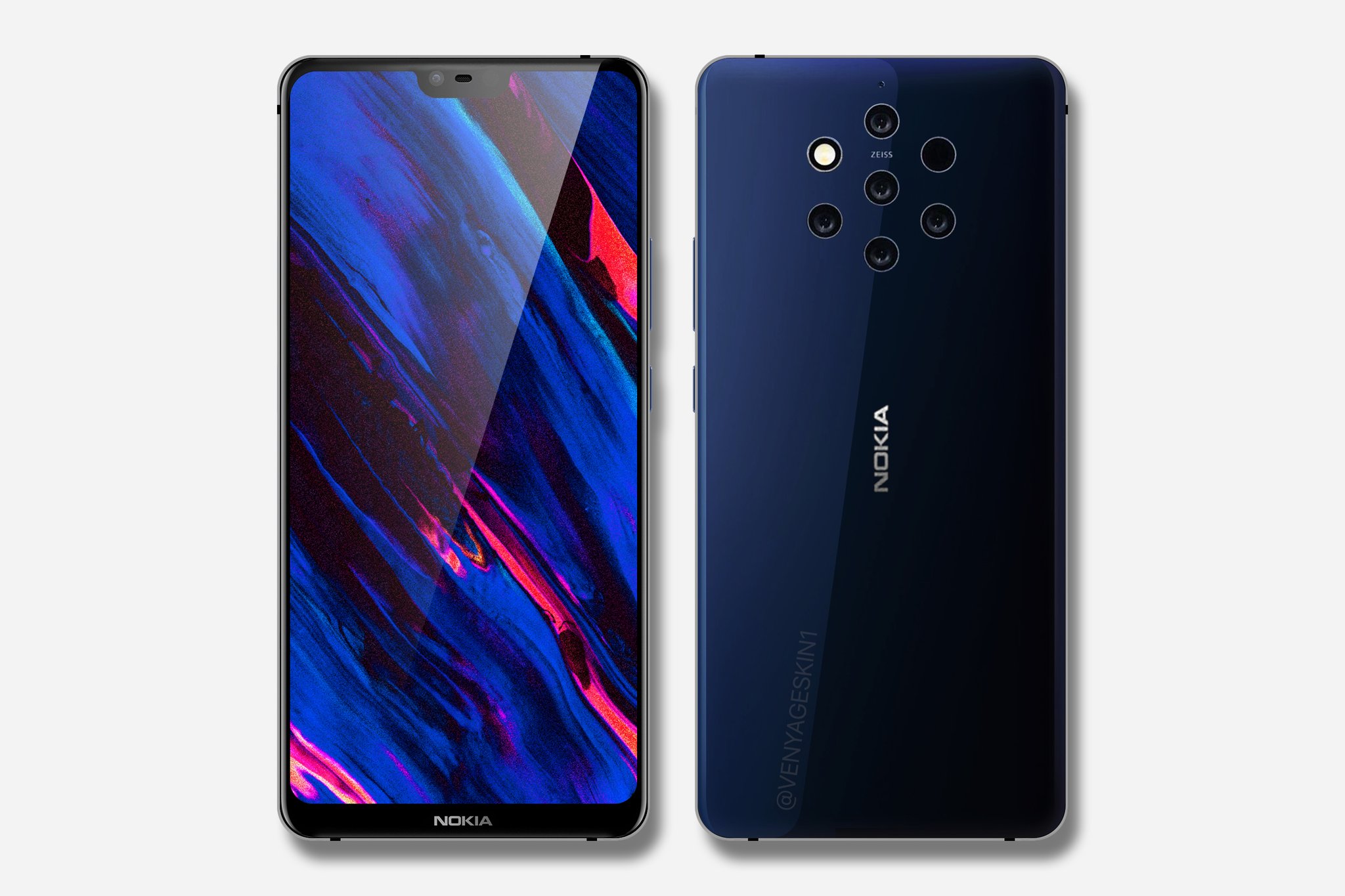