This fresh Nokia 9 PureView render we’re looking at doesn’t contradict the camera layout we’ve seen before, but it does ditch the notch.
Published 07 February 2019, 02:00 EST

These Nokia 9 PureView renders we’re looking at today, above and below, slightly contradict previous ones we’ve seen earlier. We’re not referring to the cameras, which have been consistent in the leaks and rumors during the past couple of months. We’re referring to the screen and bezels. Earlier renders suggested the Nokia 9 PureView will feature a notch, pretty much like your average Android flagship these days. According to today’s renders, HMD will likely stay away from the notch for the penta-lens smartphone.

Consequently, we’re looking at a phone with rather large top and bottom bezels, judging by today’s standards. However, the Nokia 9 PureView will likely adopt the trending in-display fingerprint scanner, if the report is accurate. The cameras on the back seem consistent with previous rumors, but we’re seeing an Android One branding which could indicate a vanilla user experience for owners of the phone.

In terms of specs, the report suggests a 5.99-inch QHD AMOLED display, Snapdragon 845 SoC, 6- or 8GB of RAM, up to 128GB storage, and a 4,150mAh battery. With regards to the cameras, little is known for the time being. The front-facer is rumored at 12MP, while the system on the back is still a mystery. Some report, like today’s claim a system comprised of 16MP/16MP/8MP/5MP quad primary cameras, but that’s only four out of the five.

We’ll have to wait for the unveiling or for a more comprehensive leak in order to know the Nokia 9 PureView better. 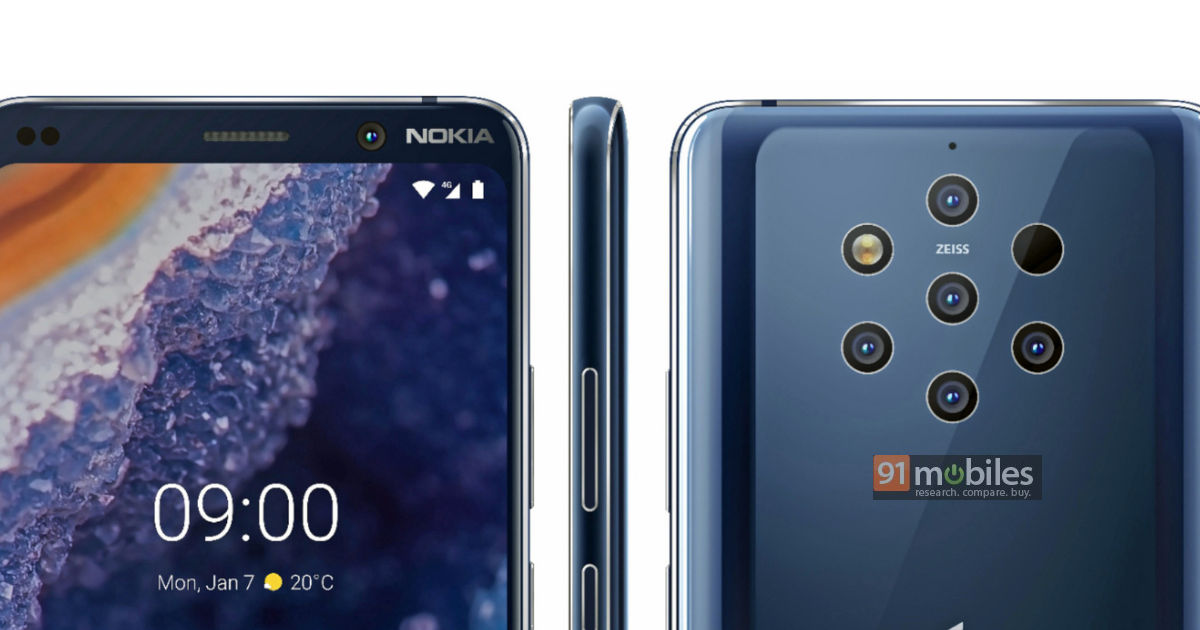 “Fastest smartphone in the world?”

WhatsApp is already working on the next-generation Multi-Device feature.