A couple of HMD teasers for the Nokia MWC 2019 event have been leaked and, if legit, they confirm the Nokia 9 PureView and another punch-hole phone.
Published 28 January 2019, 01:00 EST

Last week, HMD’s Global’s Chief Product Officer Juho Sarvikas started teasing the February 24 Nokia MWC event. We were wondering if that’s the time and place for the rumored penta-lens Nokia 9 PureView to make an official debut. A new report followed claiming the penta-lens phone might not be the only device that gets unveiled, hinting towards a Nokia 1 successor. Now, thanks to leaked MWC teasers, we know for sure two things: the Nokia 9 PureView will most likely be the high point of the event, and that there will indeed be other phones as well.

First off, the image above, is one of the teasers. Assuming the teaser is legit, if you crank the brightness high enough, you can see part of the leaked camera arrangement on the Nokia 9 PureView, specifically four lenses and a flash. The second teaser below, again, if legit, outlines a smartphone with a punch-hole. You can see it if you set the brightness high enough, and it seems to resemble the rumored Nokia 8.1 Plus pretty well.

So merging all the rumors together, the HMD Nokia MWC 2019 event could unveil the Nokia 9 PureView, the Nokia 8.1 Plus, and the Nokia 1 Plus. There could be other things as well, and we will be there on the ground to tell you all about it. 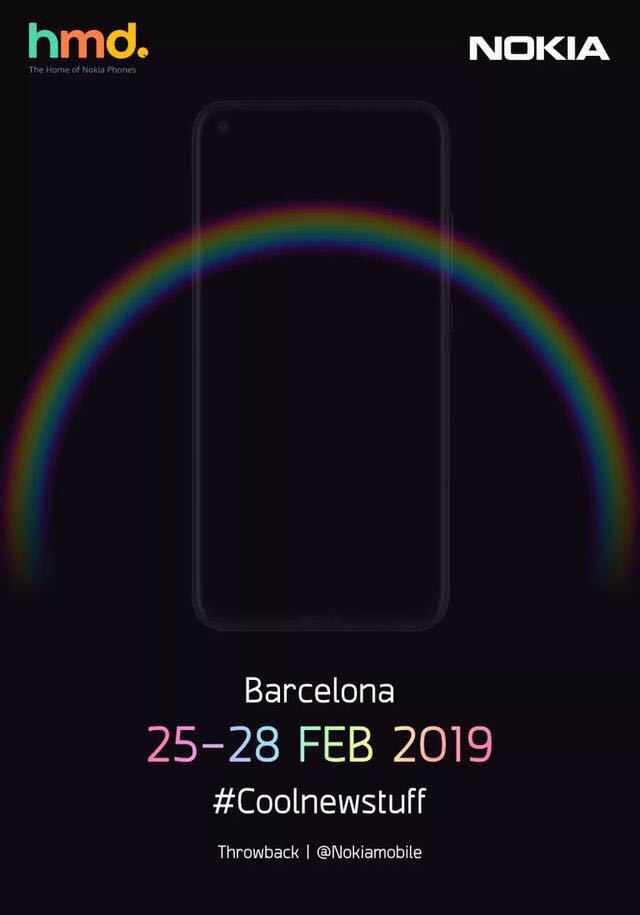 Check out the latest deals on Smart TVs from Samsung and Hisense, as well as discounts on Soundbars, smart displays and more

Today’s deals come from Amazon and B&H, where we find the latest M1 powered 13-inch MacBook Pro, the Google Nest Audio and more on sale