Nokia Rolls-Out Update For the 808 PureView

An update is being pushed out for the Nokia 808 PureView which doesn’t seem to bring new features but rather focus on improvements.
Published 06 January 2013, 02:43 EST

While our own Nokia 808 PureView has not received the latest over-the-air refresh yet, there are several reports circulating over the past couple of days of an update being pushed out to the phone. Those who reportedly received it are talking about a rather fat download, of about 420MB, applied from the computer.

While new features have not been sighted, the refresh should definitely bring some improvements and fixes for performance and overall phone usage.

If you’ve received the refresh on your phone drop us a couple of lines and share your findings! We’ll make sure to do the same! 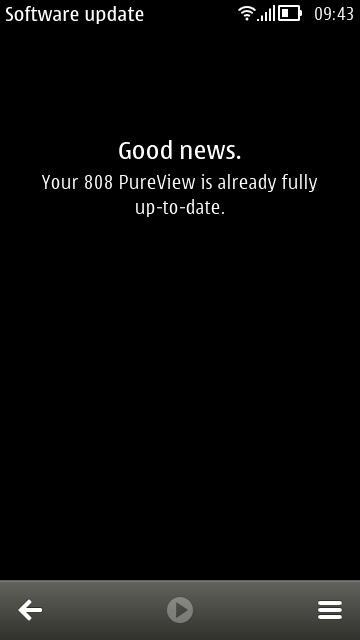 It seems that Apple may be getting ready to hold two special events in Q3 2020 to launch the upcoming iPhone 12 lineup, and more

Microsoft is yet to make an official announcement, but with the device recently getting US FCC and Bluetooth certifications, a market debut is not too far.

On today's Pocketnow Daily, we talk about the official launch of the Google Pixel 4a,…