HMD Global is definitely gearing up to unveil a dual camera Nokia 7 Plus and ultra-low-cost Nokia 1 in collaboration with Google at MWC 2018.

We were just wondering exactly what HMD Global had in store for the 2018 Mobile World Congress after a sensational first year in the smartphone-making business that started with an exclusive launch in China, but truly picked up at MWC 2017.

Recent speculation has been all over the place, calling for everything from an international Nokia 3310 4G to a misfortune-invoking Nokia 4 and nostalgia-inducing 8 Sirocco to possibly see daylight in Barcelona on February 25.

Thankfully, we can always count on the man, the master, the legend Evan Blass for helping us piece impossible puzzles together, with a few new high-quality renders practically etching in stone the MWC 2018 announcements of the Nokia 7 Plus and Nokia 1 smartphones.

The former, which may actually be branded as Nokia 7+, is obviously the more powerful, eye-catching model of the two, bringing HMD in line with the 18:9 aspect ratio trends. The extra-tall screen is surrounded by exquisitely thin bezels, although there’s still plenty of room for a brand name at the top, even if there’s also a logo at the back.

Pictured in white and… copper (?), the 7+ sports snazzy orange accents around the rear-mounted fingerprint reader and dual-lens Zeiss camera. But perhaps today’s biggest reveal comes in confirmation of Android One program participation, which guarantees “the purest form of Android” for this rumored 6-incher with FHD+ display resolution, Snapdragon 660 SoC and 4GB RAM. 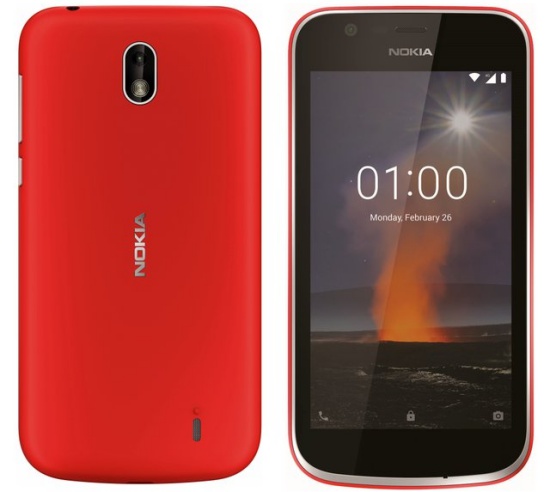 As for the Nokia 1, let’s not beat around the bush – that thing is ugly and outdated, but if the big battery-packing 2 was priced at $99, you can probably imagine just how cheap you’ll be able to get this even humbler Android Go headset.

That’s right, we have reason to believe HMD will be partnering with Google for the Nokia 1 as well, offering “the best of Android” sans requiring as many resources as conventional smartphones. We’re not sure about the specs, but Android Oreo (Go edition) is supposed to run as smooth as silk with as little as 512MB RAM.