HMD Global could unveil as many as three Nokia smartphones in January 2018, including a refreshed Nokia 6, plus a 4G-enabled 3310 “dumb” handset.

After unveiling just the one Nokia-branded smartphone back in January 2017, followed by two more in February, exclusive licensee HMD Global could take the wraps off at least three second-gen Android handsets simultaneously next month.

But tipsters don’t expect the high-end Nokia 9, refreshed Nokia 8 and mid-range Nokia 6 (2018) to see daylight at the Consumer Electronics Show in Las Vegas. Instead, they may all make their commercial debut in China before presumably expanding internationally after a Mobile World Congress re-release.

Unfortunately, we have no concrete evidence to support that assumption, and a number of tipsters and so-called insiders also appear to employ quite a bit of guesswork in predicting the upgraded Nokia 6 will pack a Snapdragon 660 processor and adopt a rear-mounted fingerprint reader. 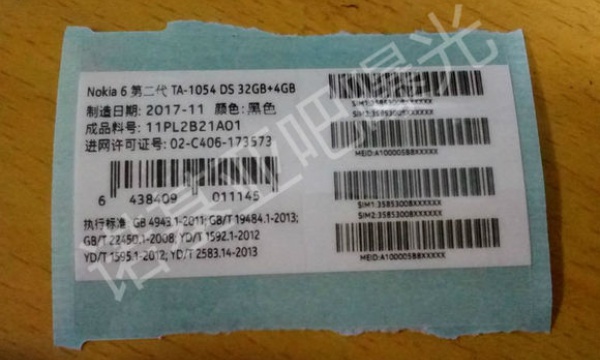 What seems pretty much etched in stone is the TA-1054 model number actually designates this 2018 edition of the 6, and not the highly anticipated Nokia 9, with 32GB storage space and 4GB RAM under the upcoming mid-ranger’s hood.

The original Nokia 6 only combined 3 gigs of memory with 32 of internal digital hoarding room, letting buyers of a limited “Arte Black” edition bump that up to 4 and 64GB.

Intriguingly enough, certain tipsters foresee an 18:9 aspect ratio and thin screen bezels for the Nokia 6 (2018), which could be joined to market early next year by a 4G-enabled version of the reborn Nokia 3310 dumb phone in addition to the smart 9 and 8 (2018). That sounds… like a lot of devices for one announcement event.