Without so much as a heads-up, a Nokia 3310 4G version has surfaced on the company’s official Chinese website, unfortunately lacking pricing information.

One by one, HMD Global’s “awesome” new Nokia-branded phones expected to be showcased at Barcelona’s Mobile World Congress next month are revealing their secrets, starting with the second-generation Nokia 6 that’s already up for grabs in China.

A flagship Nokia 9 smartphone has been rumored for many months now, an upper mid-range 7 Plus disclosed its SoC upgrade yesterday in a pre-release benchmark, while the entry-level Nokia 3310 4G has just popped up on the company’s official Chinese website.

We obviously can’t be certain this will go international at MWC 2018 in late February, but the unlikely revival of the hugely successful 2000 “dumb phone” began with a surprisingly entertaining announcement at the previous MWC trade show. 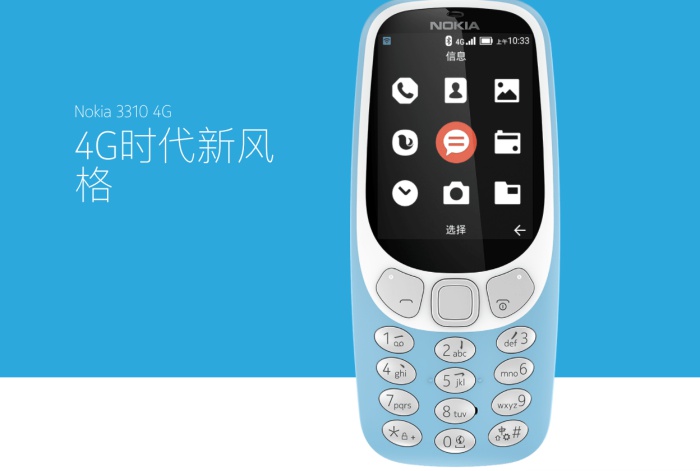 Since then, the “reimagined classic” got a 3G boost allowing it to work properly in the US and other sophisticated cellular markets around the world, and now, the redesigned Nokia 3310 is truly getting with the times.

China Mobile will apparently carry the new 4G-enabled version starting sometime next month, although pricing remains under wraps. In addition to LTE and VoLTE support, this bad boy has Wi-Fi hotspot capabilities going for it, as well as 256MB RAM and 512MB internal storage space. It also runs YunOS, which is a forked but incompatible version of the open-source Android platform.