If you still feel like there’s a bit of uncovered territory between the €49 “dumb” new Nokia 3310 (with Snake!) and €139 smart Android-powered Nokia 3, chances are HMD Global has just the entry-level, super-affordable phone in the pipeline for you.

Almost definitely dubbed Nokia 2, this has been rumored for a while to look fairly similar to the 5-inch, polycarbonate-backed and aluminum-framed Nokia 3 on the outside, possibly packing a Snapdragon 212 processor on the inside.

The latest “Unknown Heart” pre-release benchmarking visit appears to confirm said quad-core CPU clocked at 1.27 GHz, although all we know for sure right now about the modest SoC is that it comes from Qualcomm instead of MediaTek, the makers of the MT6737 under the Nokia 3’s hood. 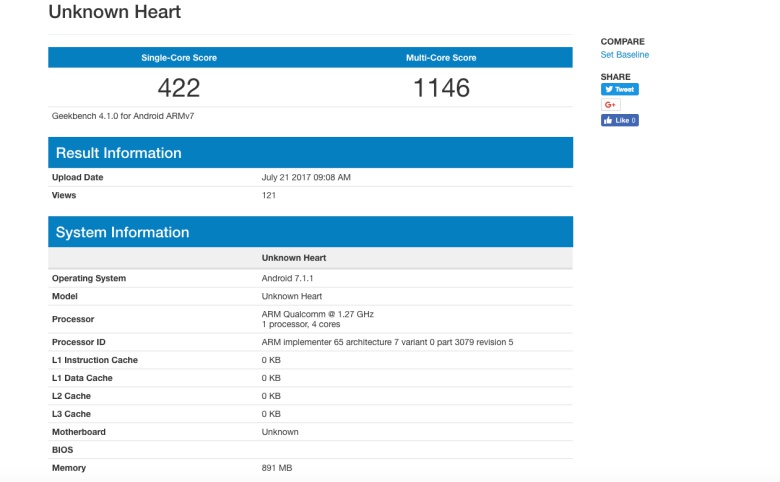 If that doesn’t sound like much of a prospective performance downgrade, you may want to keep in mind the 3 offers a respectable 2GB RAM, compared to a measly gig of the good stuff listed on this top Nokia 2 suspect.

Unacceptable by 2017 smartphone standards? Perhaps, but what if HMD only plans to charge you around €100, pre-loaded Android 7.1.1 Nougat software and everything? Admit it, you’d at least think about it. Of course, the rest of the specs could make or break this deal, and they remain up in the air. So does an ETA, though we wouldn’t rule out a cameo appearance at Nokia 8’s glamorous August 16 London announcement event. Stay tuned.

Today’s deals come from Best Buy, Amazon and B&H, where you can find the Google Pixel 3a, Pixel 3a XL, the Samsung Galaxy Watch Active 2 and more on sale