Nokia 1, 4 and 7 Plus names seemingly confirmed alongside unsurprising 9

It obviously comes as no surprise that there are a bunch of new Nokia smartphones in the pipeline, but the Nokia 4 name still seems highly unlikely.

It doesn’t take a rocket scientist to figure out a bunch of second-wave Nokia smartphones manufactured by HMD Global are probably right around the corner, but up until now, their names and target audiences have been a little harder to pinpoint.

Aside from an ultra-high-end Nokia 9, that is, which started making the rumor rounds an eternity ago. An upgraded Nokia 6 and refreshed 8 also began feeling like safe bets a few weeks back, though today’s leak surprisingly confirms the imminence of a Nokia 1, 4 and 7 Plus while providing no new evidence in support of revamped 6 and 8 models.

What’s perhaps even more unexpected is the Nokia 4 name, which could be rejected as inauspicious, to say the least, by an entire continent. But maybe HMD plans to launch that particular low to mid-end Android device in Europe and/or North America only, where tetraphobia isn’t a very widespread phenomenon. 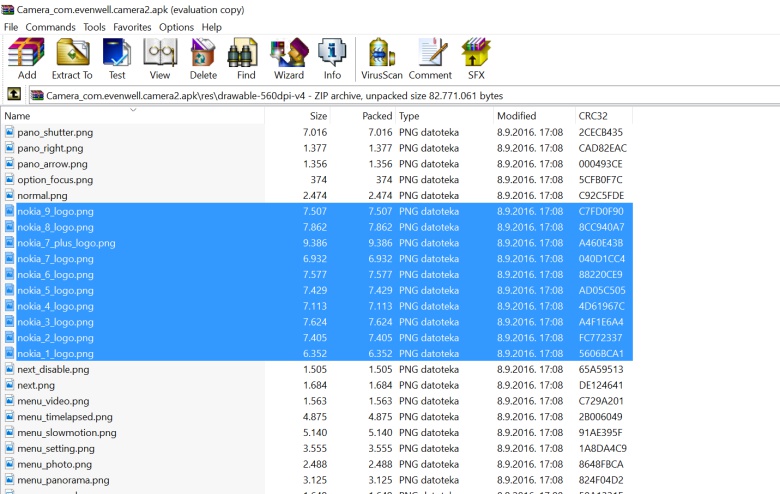 As far as the Nokia 1 is concerned, we’re mighty curious to see how the Nokia 2’s already humble specs can be made even more modest. We’re guessing the massive battery will be downgraded, with Android Go a strong possibility in the software department, and a price point well below $100.

The Nokia 7 Plus label is pretty self-explanatory, though the original 7 already does a decent job of offering solid bang in the mid-range segment. The Nokia 9 is the final and least surprising brand inadvertently revealed by the latest Nokia 5 camera app update’s APK, and you all know what that’s about. Now the big question is when should we expect these bad boys to start trickling out? CES? MWC? Sometime in between?