No RAM upgrades for the iPhone 6?

One of the features that received the most publicity with the launch of the iPhone 5s is Apple’s A7 64-bit chip. We’re still scratching our heads over why this matters if the phone barely has 1GB of RAM, but some claim there are improvements here and there. We all thought the iPhone 6 would be the first device to make use of this extra horsepower in the processor, but new rumors claim otherwise.

Leaked schematics show that the iPhone 6 will be shipped with just 1GB of RAM one more time. The source has done a decent job with iPhone leaks in the past, and in the documents we find that the title of some of the documents does mention “POP-FIJI-1GB-DDR-BO-BGA,” which could make the amount of RAM imminent. It’s hard to predict how Apple plans to bring more computing power to games, and to the extra pixels on the displays of both the iPhone 6 devices rumored, but hey, they are the experts, right? The only positive note with these news is that there seems to be some extra confirmation of NFC on board.

There are some conflicts with these rumors though, as 9to5Mac is claiming that this 1GB chip is really a NAND flash storage module, and not DRAM for the SoC. This source does agree with the NFC claims, but doesn’t provide specifics on the reasons why this storage module could be useful. It’s hard to predict what this module could be for, and even though we’ve known of cases like these on laptops, we’ve never seen anything bigger than 64 or 128MB of storage being used.

At times when Android devices are making 2 and 3GB of RAM a standard, it’s hard to understand where Apple is headed with some of its decisions. All we can say now is that the only sense we find, is a reason for the iPhone 6s to exist next year. 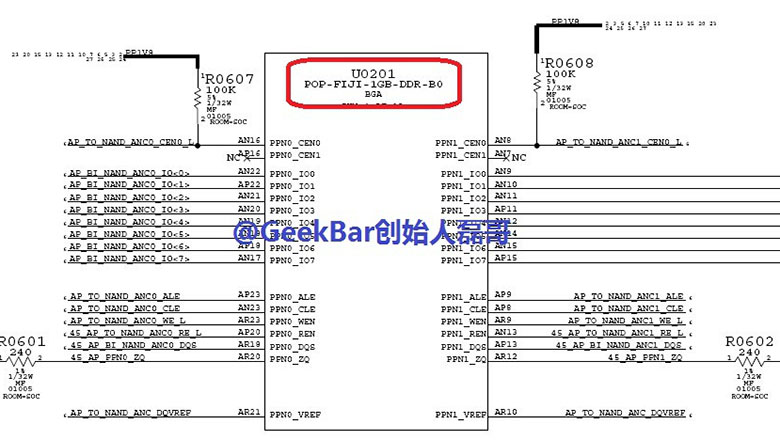 Source: @Geekbar via Weibo
Via: Phone Arena and Cult of Mac

As per Flurry Media, merely 4% of users in the United States opted-in for being tracked by apps in the second week after iOS 14.5’s release.

Check out the latest deals on Star Wars products from some of our favorite retailers, where you can find cases, collectibles, and more on sale

Ever since the Huawei P20 Pro came out with its 40 megapixel main camera, Huawei has been killing it with some of the best cameras on phones since the Nokia Lumia 1020 from 2013! How’s that Mate 40 Pro camera doing these days?
YouTube 1.8M
Facebook 570K
Twitter 197K
Instagram 133K
RSS

Leica's partnership with HUAWEI is rumored to end this year, and the German brand might…

Apple has confirmed that even if you rely on wired playback, the pricey AirPods Max…