No more products until the fall Apple? Are you nuts?

There’s a famous saying: “Every empire falls from within”, and it’s historically true. The Roman Empire died over internal power struggles, and even Microsoft has gone from being the best technology company in history, to being just another software provider in the world. It’s now Apple’s turn to be the dominating empire in technology, but as it turns out, it’s not lasting as much for them as it has for others. Apple has come from starting the personal computer revolution 30 years ago, to losing it to Microsoft, to pushing the smartphone revolution where it always should have been with the iPhone, to being close to losing it again right now to Samsung, to starting the digital music revolution with the iPod, to cannibalizing it with the iPhone, and as a result losing it to iPhone competitors as well.

With Tim Cook’s remarks a couple of day ago in their quarter-results conference call, we’re all still debating whether he meant that we won’t see any new products in the Fall as “things we’ve never seen before”, or even new products for their current line-ups? Regardless of the case, this behavior is weird for Apple. Yes, we only see one iPhone every year, but iPhone owners usually become Mac or iPad owners eventually, so the fact that Apple has always kept releasing products during the year always meant good buzz for them. For example, in 2012 we received the iPad 3 in Spring, the MacBook Pro with Retina Display in the Summer, and a new iMac, iPhone, iPad mini and iPod line-up in the fall. Most Apple customers would say that was a good year, but then if we compare that with a 2013 where Apple still hasn’t released anything, and things look grim.

And then there’s all the negative buzz. You’d think that with the departure of Scott Forstall after all the iOS 6 fiasco, future versions of iOS would’ve solved the problem, right? Well, tell that to the depleted battery on my iPhone 5 after not a single phone call during today, or the fact that I refuse to remove the Jailbreak on my iPad mini for obvious reasons, and the truth of the matter is, iOS 6 has only gotten worse.

And then we’ve got Apple’s quarter results, with better revenue, but much lower profits than expected. A stock price that is now worth half what it used to when the year started, and to make matters even worse, an iPhone that has stagnated in sales for the first time in its own history. So, with a good amount of significant overhead changes after clear power struggles, and with lack-luster products to just feed on the ego of those behind Cupertino, could we say that Apple is also falling from within? This could just be the case.

So if you were Tim Cook, how do you fix this? Some say it doesn’t need any fixing, and if you look at raw numbers, they’re probably right. Regardless of Apple’s decline, they’re still way beyond any other technology company in profitability and customer satisfaction, right? Well no, here’s why it’s not right:

The mobile market is a different animal

As it stands, Apple’s iPhone division alone is bigger than Microsoft. Yes, that’s how bad Microsoft is. If Apple only sold iPhones, it would still sell more than all of Microsoft combined. This is both a good and bad thing. At the moment, Microsoft’s market cap makes it worth 70% of what Apple is worth after all of Apple’s stock decline. Surely this not the best way to compare anything, but if we were to assume that the iPhone is worth 70% of Apple’s business, and it stagnated last quarter, wouldn’t you be worried? 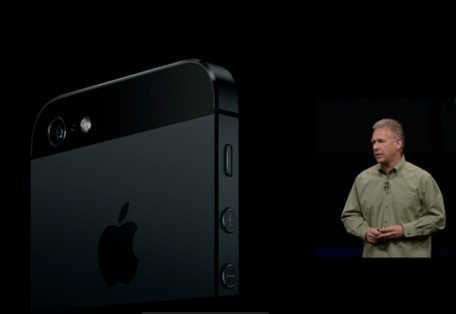 To make matters worse, if we asked Palm, Nokia, BlackBerry or Motorola if focusing on successful or stagnant numbers alone was a good idea, I’m sure their own history is enough proof that it isn’t. And yes, even though we do have the other extremes, like HTC for example, where too many iterations of the same product only ended-up diluting their brand, the bottom line is that not doing anything or doing too much is never a good thing.

Apple doesn’t just need more iPhones or newer iPhones, they need a better iPhone. Samsung seems to be doing the same as Mazda and Honda recently by elevating their top-tiered Sedans to not compete against Toyota, but instead against BMW and Mercedes. In this day and age, marketing is not enough. We all want a Mercedes, but if it were to ever cost the same as a Mazda 6, and Mazda would give me more features, I’d seriously thing twice. We are much more educated consumers today, and there’s really no point in choosing an iPhone just because of the brand if Samsung or HTC are going to give me more bang for the same buck.

Apple’s reality distortion is killing them

You know, every time that I hear Tim Cook on a conference call or a keynote I wonder if he really believes everything he says. He calls the iPhone the best product in the industry, and even though it is a great phone, it’s no longer better than any of its competitors. The word “best” is a big pair of shoes to fill, and this is no longer 2007 for that phrase to actually be true.

You want aluminum? Get an HTC One. You want a reliable Operating System? HTC, Samsung and many other Android OEMs have figured that out, and even Windows Phone. You want a great camera? Talk to the Lumia 920. You want music, movies, apps, books? Get Google Play.

In all honesty, the only reason why most of us continue using an iPhone, is because we’re tied to the ecosystem. I will admit that Apple’s ecosystem and services like iCloud are still superior than many of the services offered by Google or Microsoft, but with Google I/O just a month away, do you really believe Apple’s supremacy will last another year? 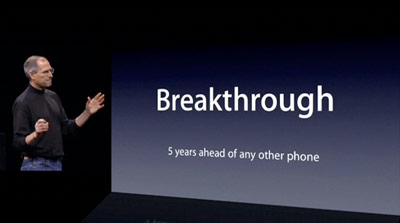 Apple is currently at a point of momentum where none of their hardware is superior, and with just software holding the thread. The company really needs to smell the coffee. Again, it’s not about more smartphones, or more tablets, or more crapy updates to iOS. This is about Apple waking up to the same phrase that I constantly repeat from Steve Jobs, and that they’ve forgotten: “The iPhone is at least 5 years ahead of competitors”.

Steve was right, it’s taken everyone five years to catch up to Apple’s momentum, whether we all want to admit it or not. Sadly, as I’ve always said, those five years literally ended in 2012, and if Apple plans to hit stop and reverse in 2013, Samsung and HTC will not lose their opportunity to shine.

Come to think of it, we don’t need a better iPhone, we need the iPhone to again prove it can be the best smartphone. Can Apple pull that off with the Nokia EOS project, or Google’s next version of Android? I honestly see it as tough. Surely Apple might not lose the battle this year, but the more I see the streets flocked with “New Galaxies”, the more I see 2013 being the cross-roads for their success.

How to make the iPhone outsmart other smartphones? That would be my pet project for 2013 if I were in Tim Cook’s shoes.

What about you? Do you think Apple is stagnant or on decline, or do you feel that we’re all blowing their stock price out of proportion? Leave us a comment.

Apple has also unveiled the new Magic Keyboard cover that now has a trackpad, alongside the second-generation Apple Pencil.