There is no excuse for a subpar keyboard in 2014

As a long-time proponent of BlackBerrys, I was particularly adverse to the idea of soft keyboards back in 2009. I had gotten so used to the renowned BlackBerry keyboard that I was skeptical I – or anyone else, for that matter – would ever be able to type as efficiently as one could on a pocket-sized physical keyboard, especially those on BlackBerry handsets.

I’m not sure I’m getting my point across. I really liked BlackBerrys, its physical keyboards, and hated practically everything else.

Obviously, things have changed. I tried the BlackBerry Q10 a few months back and could hardly make it through a sentence without wanting to smash the poor thing.

However, touchscreen typing wasn’t always so great. The first five or six Android phones I owned were painfully terrible to cope with. I was slow at typing, constantly deleting and retyping words, and getting so frustrated, I would ultimately do the brunt of my mobile typing from the backup BlackBerry I always kept in my other pocket. I’d use Android for Web browsing and media and do all my heavy typing from a BlackBerry. 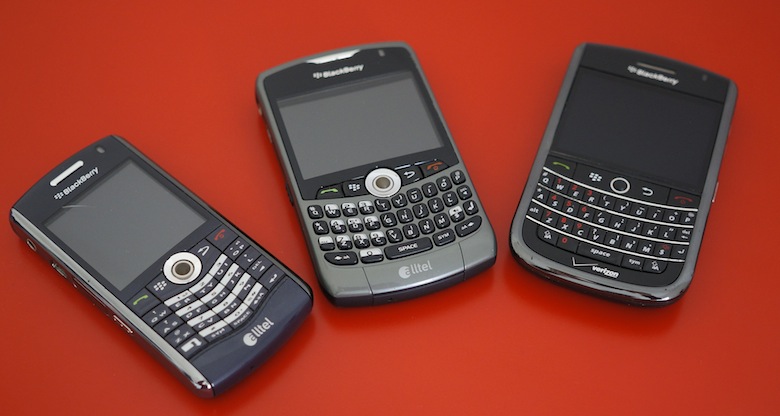 A lot of BlackBerry fans made the slow transition this way, I imagine. But soft keyboards have since progressed from simple, soft copies of physical keyboards to much more intelligent forms of input. 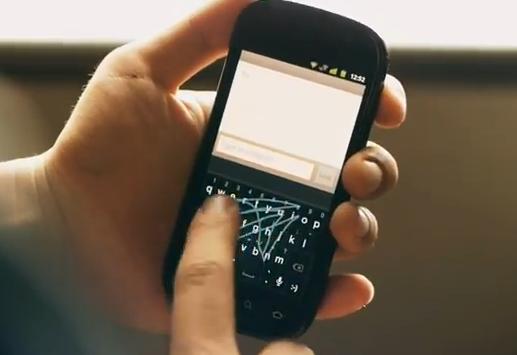 It all started with Swype, which first entered the scene in 2010. Swype has since been acquired by Nuance and paired with Dragon Dictation for voice input. But the major selling point of Swype was its clever, gestured-based input. While it was quite different from the typical two-thumb-peck method of touchscreen typing, it was also quite easy to get the hang of. Rather than hunting around with your fingers and tapping dozens of times each sentence, you could simply press on the first letter of a word, drag your finger through the following letters, and simply lift your finger to end the word and automatically enter a space.

Swype’s novel input method was a solid foundation for touchscreen typing, but that was only the beginning. 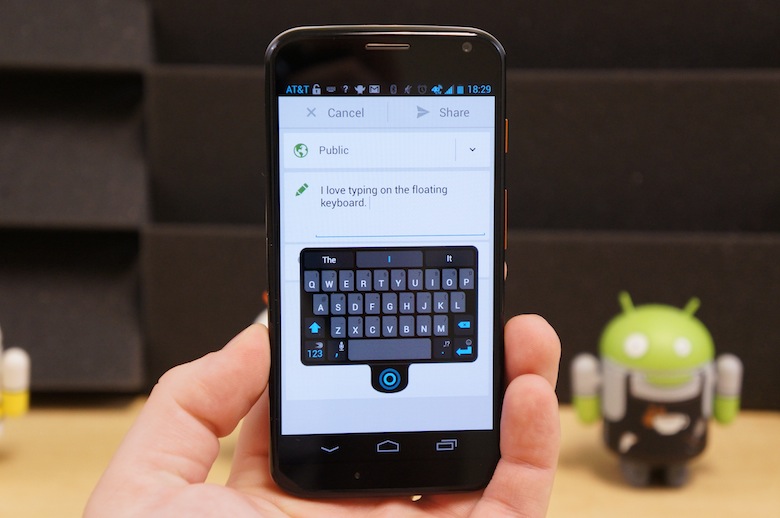 SwiftKey later emerged as an even more intriguing input method. Created by Jon Reynolds and Dr. Ben Medlock, the two brought artificial intelligence to text input – a perfect match. SwiftKey, unlike the soft keyboards before it, would learn the way its user typed and not only correct based on the user’s habits, but predict then next words.

It didn’t just work, it worked amazingly well, often surprising me with its accuracy. It isn’t right 100 percent of the time, but in my collective years of experience typing with SwiftKey, it often predicted full sentences at times.

SwiftKey has since been updated with Swype’s gesture-based input, Swype has been updated with SwiftKey-like prediction software, and both have added cloud sync. The Google Keyboard also has gesture input, predictive text, and cloud sync, and a host of other third-party keyboards do, too. Such features are quickly becoming a standard in mobile text input, particularly on Android. 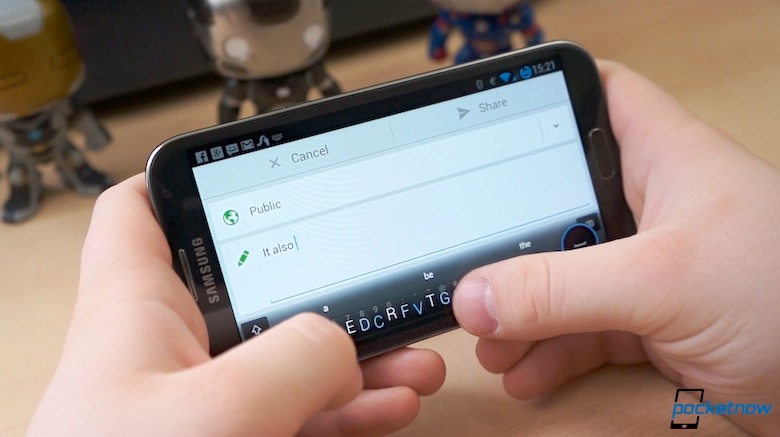 Suffice it to say, soft keyboards have come a very long was since 2009. And the countless text input methods available today are an indicator of just how important something so seemingly simple is.

Dozens of companies have explored mobile text input, and some in particular want to disrupt the space and change how we type on smaller devices. For one, Minuum, a personal favorite and my choice Android keyboard at the moment, has squished the standard QWERTY into a single row, removing the vertical element to the keyboard; thus, making it a much more manageable, one-dimensional keyboard. It works on various devices, big or small, and doesn’t require accurate input. It’s not right all the time, but it drastically improved my input speed, particularly with one-handed typing.

Still, some manufacturers continue to get this particular feature wrong. How could you possibly get the keyboard wrong? 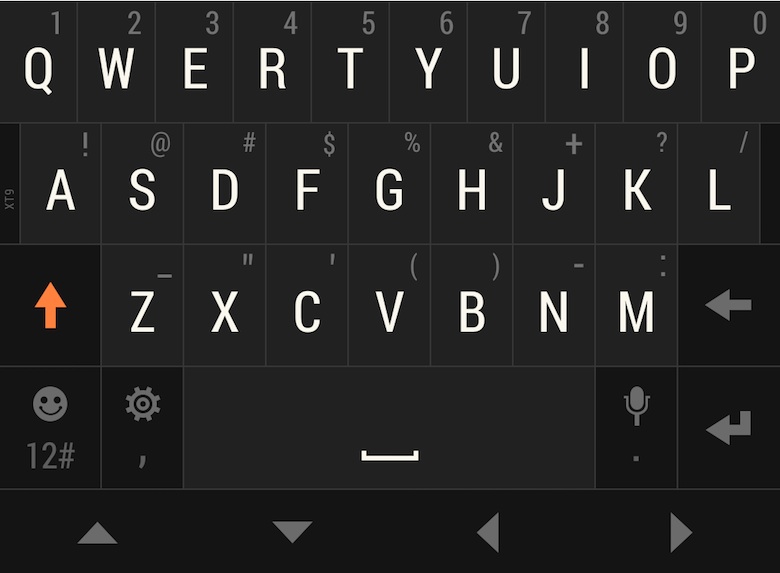 Samsung, who has used SwiftKey technology in many of its keyboards, does it year after year. It aggressively corrects spelling, and more often than not, it’s wrong. I’ve dealt with the same problem with HTC’s keyboard on the One M8. During Michael Fisher’s time with Huawei’s keyboard, he found that it slows down when you use the inbuilt power saving mode. Switching to the Google Keyboard doesn’t fix the issue either. And the Moto X keyboard, he found, lags in Twitter, Hangouts, and other apps. As he puts it, “It’s a keyboard! The most basic, elemental input tech there is … the thing you need to use most often, the thing that needs to work well 100% of the time, and more often that not, out of the box, the damn thing is unusable.”

Getting something as basic and widely developed as a keyboard wrong is inexcusable. It’s a vital component in a smartphone, and it often feels like an afterthought. Sure, manufacturers can use the third-party keyboard crutch, but that’s a terrible cop-out.

Google makes an openly available keyboard that works exceptionally well and is regularly updated. There is no excuse for a terrible keyboard and, frankly, there is no need for manufacturer-specific keyboards. With so many third-party options (which are often licensed my OEMs and come pre-installed sans branding) available and the Google Keyboard, the only logical explanation for custom keyboards by manufacturers is for visual differentiation and to make them mesh well with their custom software. 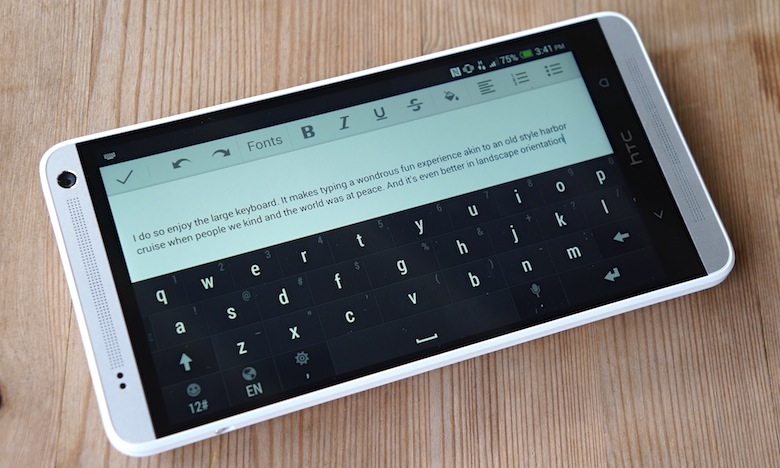 At the end of the day, it’s a waste of effort and time as those companies who specialize in keyboards often make better keyboards than those who are busy building entire suites of software.

It’s 2014. There is no excuse for your phone’s keyboard experience to suck. Text input is overcomplicated, but a handful of companies have figured it out and are working tirelessly to make touchscreen typing better. OEMs, for whatever reason, continue to muck up one of the most basic functions of a smartphone and refuse to let the touchscreen typing woes die.

Tell us, readers. Do you feel the out of the box text input method on your phone is better or worse than the third-party options? Do the Samsung, HTC, or other OEM-specific keyboards drive you mad? Or could you not care less about text input?