Read some of the arguments for why your next smartphone shouldn’t come from one of the carriers themselves.

The Nexus 4 is back, and while it’s still facing some crazy back-order delays (even the 16GB model is looking at availability a month-and-a-half out), that doesn’t diminish it being one of the most interesting smartphones around. While the phone’s far from perfect, it’s still seriously compelling, and there are more than a few good reasons you should take a long, hard look at it when considering your next Android purchase, at least when compared to the dozens of other models currently on carrier shelves.

With a quad-core Snapdragon S4 Pro, the Nexus 4 is no slouch when it comes to performance, but it’s not going to be head-and-shoulders above the rest of the pack, especially with the S4 Pro seeing placement in so many other top-tier Androids. Still, performance is a good argument for why you might want to consider the Nexus 4, but not necessarily one for why it might be a better choice than its peers. What makes the Nexus 4 stand out?

This one’s a bit of a no-brainier, but it’s nonetheless a major selling point, and probably the first thing that makes people take notice of the Nexus 4: it’s easily the most affordable phone in its class. Starting at just under $300 for the 8GB model, Google’s managed to undercut its competition by several hundred dollars; heck, there are on-contract, subsidized Androids like the Galaxy Note II that cost more than the free-and-clear Nexus 4.

Of course, that low price might not seem so impressive when compared against the cheap/free-on-contract deals the American public is so used to, but that just brings me to my next point: 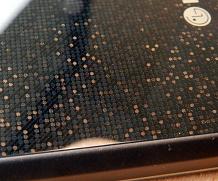 For me, this is the big one. It’s incredibly difficult to find an on-contract smartphone from a carrier with what I’d describe as a “good deal” on cellular service. If you’ve resigned yourself to paying $70 a month or more, it might be time to take a closer look at your service needs, because chances are there’s a better deal to be had off-contract.

It’s so easy to fall into the “unlimited” trap, where you no longer have to keep an eye on your usage of minutes or texts (sadly, truly unlimited data is a lot harder to come by), that you end up paying for that convenience. For a lot of us, voice service is becoming less and less important, with things like instant messaging and Skype filling the void.

Being off-contract gives you the freedom to check out some plan options that wouldn’t otherwise be available to a subsidized phone. T-Mobile, for example, has a Monthly 4G prepaid plan that gives you unlimited texts, unlimited data (throttled after the first 5GB), and 100 voice minutes for just $30 a month. If you can get by with that small a voice allocation, you stand to save some serious money as time goes on. For the sake of comparison, T-Mobile’s Monthly 4G plan with the same 5GB data and unlimited text, but with unlimited voice as well, costs $70 a month; do you really need to make so many voice calls that it’s worth doubling your bill? Going with the Nexus 4 gives you the freedom to decide that for yourself.

This one’s been bouncing around my head a lot lately, after seeing the ridiculously conspicuous carrier badging Verizon saw fit to sully its Galaxy Note II with. I don’t expect this complaint to resonate with everyone, but for me it’s a matter of principle: the only place a carrier’s name should appear on phone hardware is the SIM.

When you buy a new refrigerator from Best Buy, you don’t have to face a big Best Buy logo on the door every day. Our shoes have “Nike” written on the tongue, not “Foot Locker”. I’m sure the carriers rationalize what they’re doing because of the ongoing relationship they have with us and our phones by providing cellular service, but that both misses the point and calls attention to another aspect of the problem: that it’s so blasted difficult to switch carriers. If contracts and radio compatibility weren’t issues, you’d better believe that you’d be seeing smartphone users switching carriers like it’s going out of style.

Suffice it to say, Nexus devices offer some of the only carrier-branding-free Android experiences around. With AOSP builds at your disposal, that goes for software as well as hardware.

While some of this has been specific to the Nexus 4, you can bet that much of it will similarly be true for the next smartphone Google adds to its Nexus family. As far as I’m concerned, going with a Nexus-series handset can be one of the smartest ways to stretch your smartphone dollar, and enjoy a user experience free from carrier intrusions.