Do you celebrate Valentine’s Day with tech gifts? HTC’s wishing you did, and has a Nexus 9 40-percent-off sale to encourage you.
Published 09 February 2016, 11:10 EST

Are we ever going to get a new Nexus tablet? With the move to two phones a year, it’s clear that Google’s not afraid of bringing change to its Nexus program, but are the days of new tablet models soundly behind us? We haven’t spotted anything that looks very promising on our rumor radar, but the stalwart Nexus 9 keeps right on ticking. Back around the end of the year, we checked out a number of holiday-season deals on the HTC tablet, but those have long dried up. Worry not, deal-seekers, as HTC’s back for Valentine’s Day with a new offer, hooking you up with not just a 40-percent-off Nexus 9, but also a free Logitech keyboard.

For today and today only, HTC’s offering shoppers this 40-percent discount on Nexus 9 orders. That applies to all Nexus 9 configurations, including 16GB, 32GB, and LTE models. If you spring for the fully-loaded 32GB LTE model, HTC will also throw in that keyboard we mentioned.

The deal’s essentially a repeat of HTC’s Cyber Week promotion, but like we said, if you passed it up then, this is your chance to take advantage. It’s maybe not the best Nexus 9 deal we’ve ever seen, coming up short of the half-off deal Google had going for Black Friday, but it’s in the same ballpark.

In addition to the Nexus 9 sale, HTC’s pushing accessories with its own 40-percent-off deal for them. 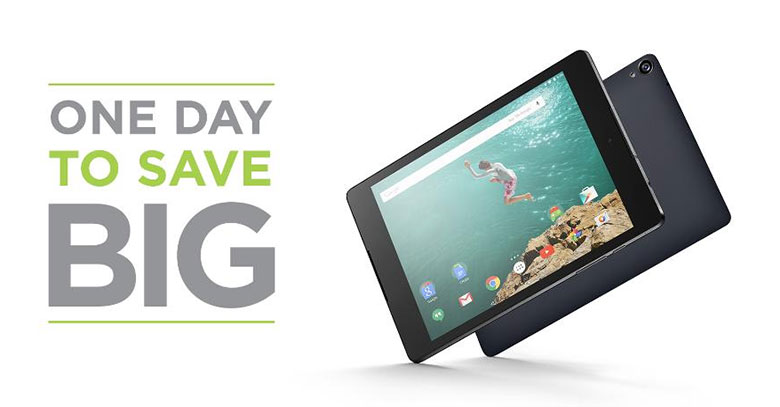 On today’s Pocketnow Daily, we talk about the newest chapter in the US-China trade war and the Huawei ban that could also affect Apple and more