Own a Google tablet and itching for Lollipop? The Nexus 7 Android Lollipop factory image recently leaked, can most likely help you out.

Android 5.0 Lollipop has managed to get a lot of users excited, and, sadly, the longer you have to wait for something you want, the more you want it. OEMs are doing their best (but so far only a select few have managed to succeed) to offer timely updates to Google’s latest and greatest, and if you have an original Nexus 7 tablet (2012), you’ll be happy to know that Nexus 7 Android Lollipop factory images are now leaked and available for you to try out.

The build number is LRX21P, and, according to reports, these have a great chance of being final versions of the firmware. However, since we’re looking at a leak, they might, or might not, end up to be what Google will push out over-the-air. The images are hosted on Google’s servers, but you might encounter some errors (signature mismatch) when trying to flash it. 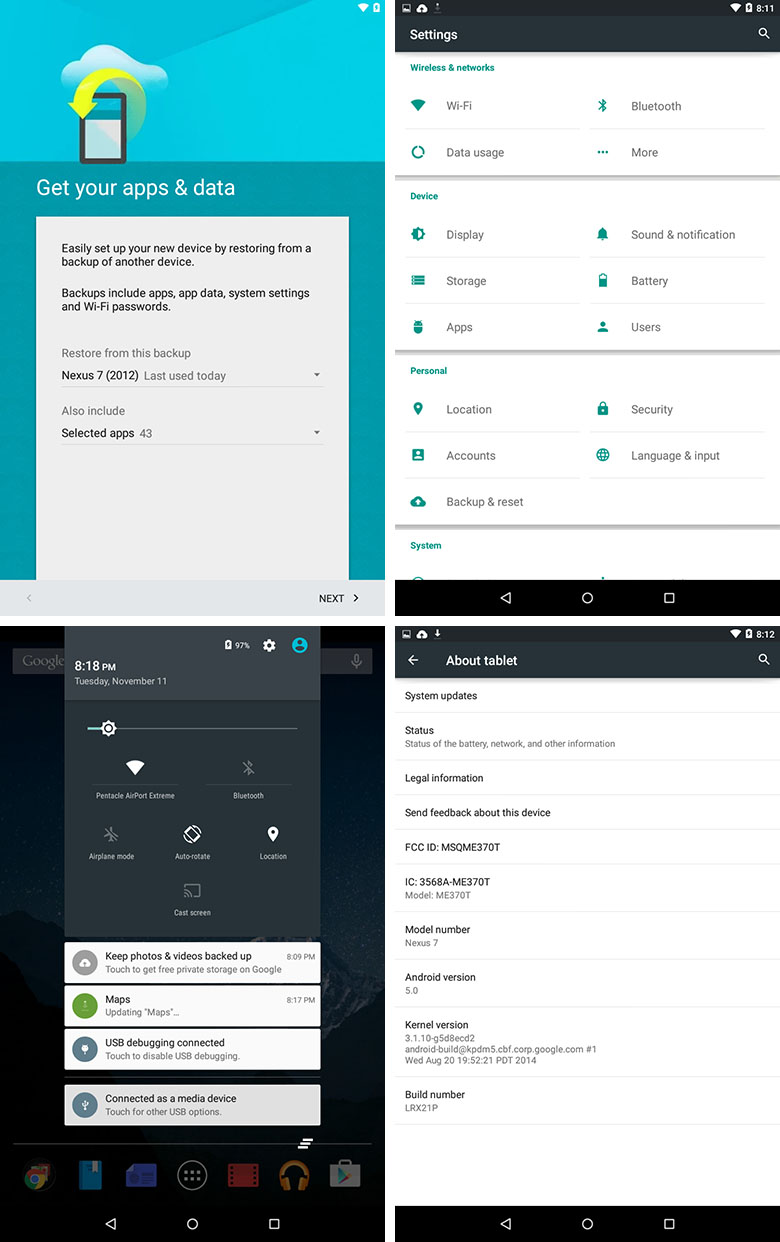 You can grab the image from Google’s server here, or from a third party mirror.