Are the days of the affordable Nexus over?

In recent years, Nexus devices have become surprisingly affordable. Not so with Google’s newest Nexus products. Read our thoughts on the Nexus 6 pricing.
Published 15 October 2014, 13:51 EDT

Rumors and leaks have referred to it as Shamu for the last several weeks, but today we now know it as the latest addition to Google’s beloved smartphone line, the Nexus 6. 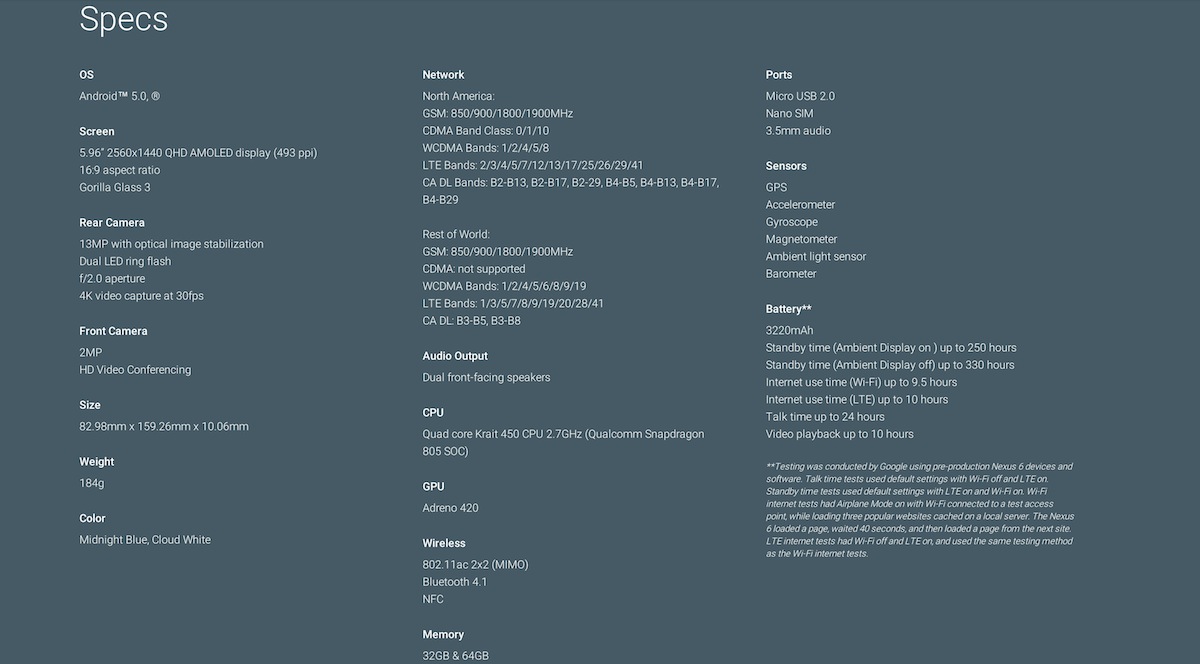 Not surprisingly, most of the rumors were spot-on. This smartphone is a behemoth – not only in size, but also on paper. The Nexus 6 seemingly has it all: a 5.96-inch QHD AMOLED display, 3GB RAM, either 32 or 64GB of inbuilt storage, dual front-facing speakers, a 13-megapixel rear camera with optical image stabilization, a Snapdragon 805 with a quad-core Krait 450 CPU clocked at 2.7GHz and Adreno 420 GPU, and a 3,220mAh battery. It has Bluetooth 4.1, NFC, Wi-Fi 802.11 ac, a wide range of supported LTE bands, and the usual list of sensors.

Motorola and Google are throwing haymakers with the Nexus 6. It’s big, bad, and completely unapologetic about its giant size, the display resolution, its weight (184g!), and most importantly its price.

In previous years, the Nexus brand has been renowned for offering amazing value – great specs on awesome hardware without breaking the bank. The Nexus 6 is the beginning of a new era for the Nexus brand, which has, admittedly, undergone many dramatic shifts in direction since it first started with the failed Nexus One in early 2010. It wasn’t always the affordable product line we know and love today.

The Nexus One originally launched as developer hardware for $529 without a contract. The Nexus S followed suit (as primarily a developer device) for even more – $549 without a contract. The next Nexus was the beginning of the more affordable handsets from Google. The HSPA+ model launched for just $399 plus tax. And the next Nexus was even more affordable at just $299. 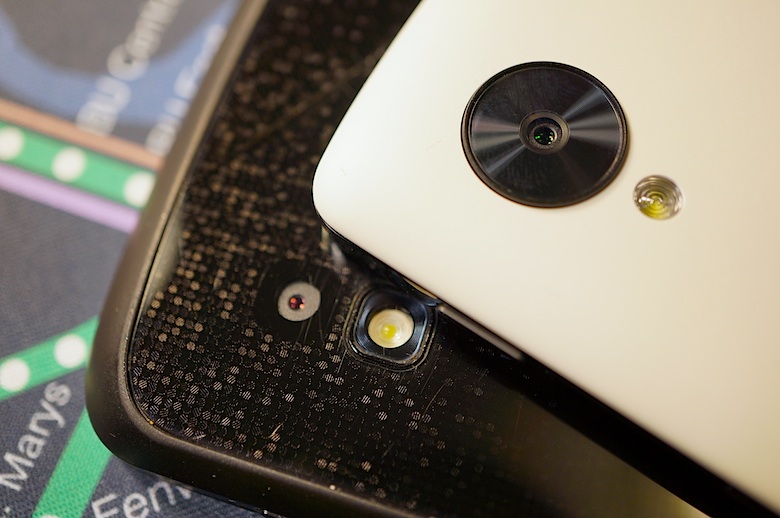 Last year, when Google announced the Nexus 5, the price understandably jumped a bit, from the $299 base price of the Nexus 4 to $349 for the 16GB Nexus 5.

The price jump was tolerable due to the sheer value of the offer. At $299, the Nexus 4 was a bargain, but its original base model came with just 8GB of storage, no LTE, a terrible camera, and a rather small battery. For the price, it was a terrific phone, but it was littered with compromises. The base Nexus 5 was just $50 more and didn’t come with nearly as many compromises. It had a brand new SoC, 2GB of RAM, an optically stabilized camera, a great display, and LTE. Unlike the Nexus 4, the Nexus 5 was far more comparable to competing devices at the time, yet it was still roughly half the price.

The only phone one the market that is arguably a better deal than the Nexus 5 – even today – is the OnePlus One, but it’s still tricky to get ahold of one, and that phone isn’t without its faults either. 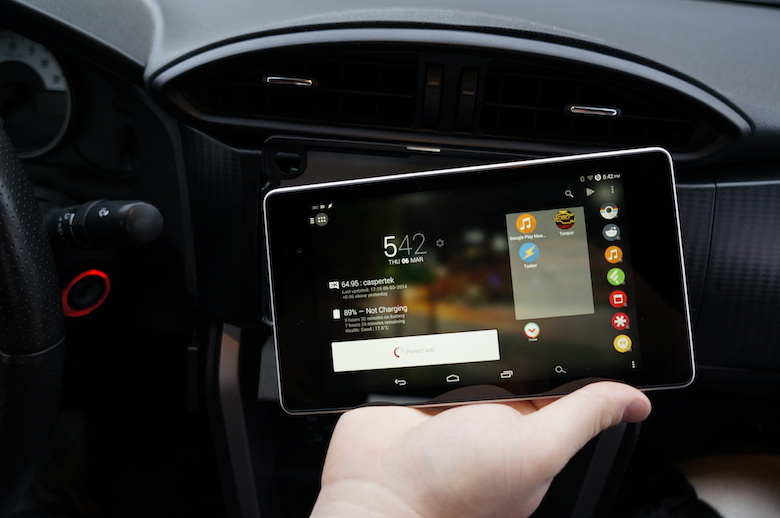 Even the Nexus tablets – both Nexus 7s and the Nexus 10 – were remarkably cheaper than the competition. The Nexus 7 from last year started at just $229. You could almost buy two of them for the price of one iPad mini with Retina display. Almost.

As such, the Nexus brand has nearly become synonymous with “affordable” or “bargain”, and being a Nexus, we assumed the Nexus 6 would also be affordable, just like the two previous Nexus smartphones. And if Google and Motorola couldn’t manage to keep the cost below $400, we would still understand; even $450 for the Nexus 6 would have been a pretty nice bargain.

As soon as the landing pages for the new Nexus hardware went live, I skimmed the pages for their respective prices. Nothing. The only information given on the availability of the Nexus 6 and Nexus 9 is that pre-orders would begin sometime in “late October” and the Nexus 9 pre-order start on October 17.

Only after sifting through several headlines and mentioning it on Twitter was I pointed to The Wall Street Journal’s article, which stated some surprisingly high prices for the new Nexus devices: a $649 starting point for the Nexus 6 and $400 for the Nexus 9. Ouch. 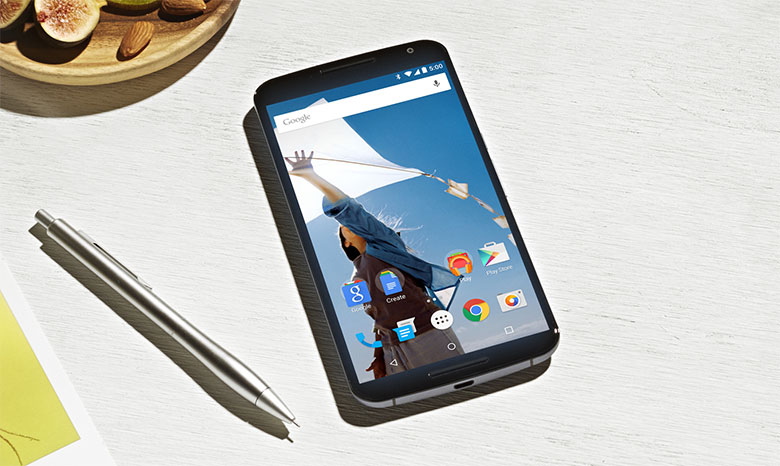 Honestly, the pricing isn’t terrible. It’s in line with most other high-end smartphones on the market from OEMs who aren’t trying to make a statement (read: OnePlus or Xiaomi). But prices have slowly been trending downwards in the mobile industry. More OEMs are focusing on value proposition and working towards making devices more affordable for consumers. Devices like the OnePlus One, Xiaomi’s Mi series, the original Moto X, Moto G, and even Nokia’s many affordable devices have raised expectations for lower prices.

Seeing as Google was one of the first to kick-start that trend, it’s a little upsetting that it’s now changing the pattern.

The Nexus 6 still looks like an absolutely killer smartphone (if you’re into big phones, that is). It’s the closest thing to no-comromise as I’ve ever seen, except for maybe the Note 4 or OnePlus One. And the Nexus 9 looks incredible. It’s gorgeous, and I’ve been waiting for years for another tablet from HTC. The storage options are a bit of a bust for the price and the Tegra K1 processor gives me some pause, but it’s a 4:3 tablet with BoomSound speakers and double-tap to wake. The simple things go a very long way. 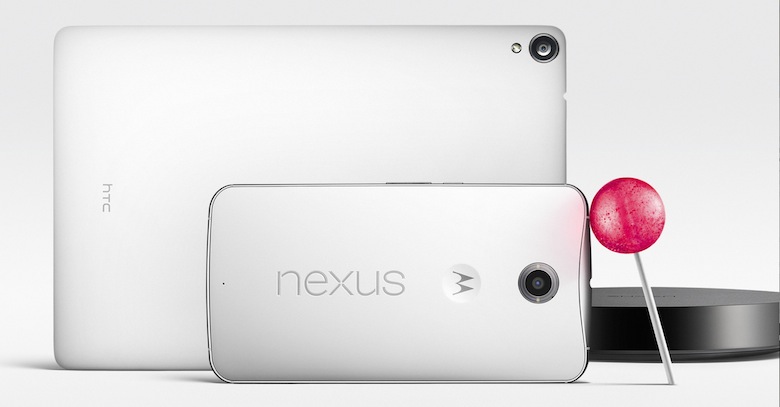 I will personally be eyeing both as future personal devices, but after learning about their prices, I’m considerably less excited about them than I initially was. Still, I’m not afraid to throw down some cash for nice hardware – and that’s exactly what we’re looking at here. Just from the renders, you can tell these two devices are another kind of Nexus entirely – metal trim, more stylish design, and topnotch specs.

All this begs one question, though. Is there still room for affordable Nexus products in the future? Google didn’t put the Nexus 5 on end of life, meaning there is still a $350 Nexus smartphone. I’d bet money that Google won’t only offer a nearly 6-inch smartphone; that would be absurd. And if there’s a future Nexus 7 planned, it would logically fall beneath the $400 price point of the Nexus 9, likely where the current one is.

Either way, a lot of people feel bummed about the new pricing. Tell me in the comments if this will affect your purchasing decisions or if you’re still going to buy one (or both) of these new Nexus devices.