Why would Google send an over-the-air update for the Nexus 6 from 2014 when its last security update was in October? There’s no clear explanation.
Published 28 May 2018, 19:42 EDT

The Nexus 6 didn’t get the best of send-offs last year when it was supposed to receive some of its last security updates of its three-year guarantee period — major bugs slammed the initial build of the update and, in a panic, caused Google to send a downgrade OTA for Android 7.0 shortly afterwards. While a new upgrade on 7.1.1 was eventually pushed out, skeptical users left behind on Android 7.0 were effectively left behind after servers stopped broadcasting the final October update over the air. 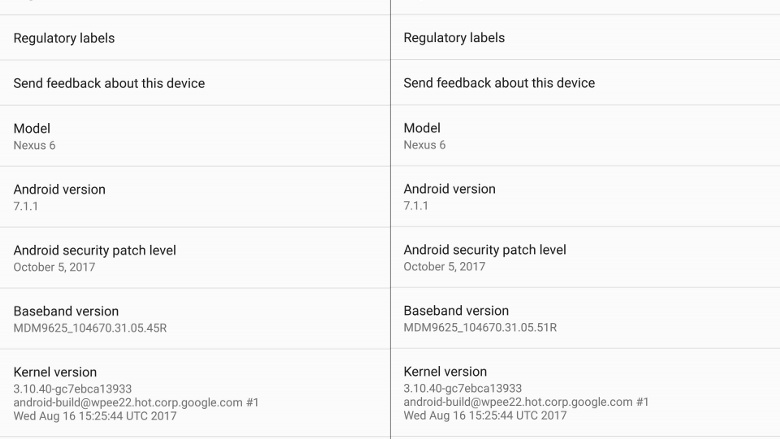 Now, Android Police reports that Google has come out of the blue with a new software update for the Nexus 6 some three-and-a-half years since its launch. While the factory image farm for Nexus and Pixel devices shows that the N8I11F update — based on Android 7.1.1 and includes the October patch level — best serves devices on T-Mobile, the OTA farm does not have such a designation and, accordingly, Nexus 6 users of multiple network affiliations have been receiving the OTA.

There’s no clear reason why the update was cast or even crafted, though the baseband version has been revised from 45R to 51R. That said, this update does allow remaining Nexus 6 units on Android 7.0 to go through the upgrade path to 7.1.1.