Check out a so-called Nexus 5 render, see what looks right, and hear why you might have cause to be suspect.

Just how many opportunities have we had to look at the Nexus 5 to date? From that early appearance on video we’ve seen a number of hands-on shots, checked out line art renders in a service manual, saw the hardware torn apart at the FCC, and looked at any number of fan renders. What we haven’t had, though, is anything we could peg as a real, official press render. There’s a chance that could change today, with the arrival of some new images showing the Nexus 5 getting ready for Canada’s Telus.

We get a nice clear look at a Nexus 5 homescreen, complete with new icons and Hangout becoming the default SMS app.

While that’s all fine, we’re just the slightest big concerned about the shot with the Telus logo on the right; while the phone itself is slightly angled there, the Telus logo hasn’t been perspective corrected to match, and instead is perfectly straight, as if being viewed head-on. That’s either laziness on the carrier’s part, or a possible sign of fakery – we can’t say for sure which.

While those end-of-the-month rumors persist, we’re also hearing new rumors about the Nexus 5 launching in a matter of days – possibly by early next week. In either case, we’ll have those official renders soon. 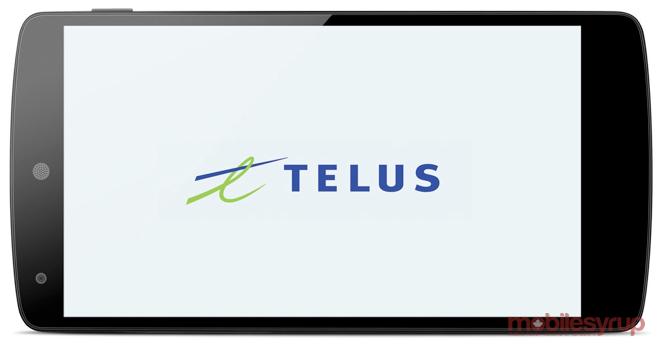