Nick Gray of HTCSource joins us this week for a deep dive on the HTC M8 rumors, Android apps running on Windows Phone, and much more. Tune in to the show!

Snow storms have their ups and downs. On the one hand, they keep you from partaking in all the Nokia unboxing fun your comrades in more seasonable climes are enjoying – but on the other, they put you in mind of all the friends you have in the great Arctic North. One such person is friend of the show Nick Gray of HTCSource and Android and Me, who joins us today for a special extended episode taking a long look at all the HTC M8 rumors of the past few weeks.

That’s followed by the rest of the news, which this week ranges from Galaxy Gear 2 and iPhone 6 speculation to riffing about Android apps running on Windows Phones. Plus, we’re finally announcing the winner of our dbrand-sponsored Nexus 5 giveaway, and we’re also getting around to some long-delayed listener mail.

It’s all there waiting for you on episode 083 of the Pocketnow Weekly, so turn the volume up and rip the knob off: we’re here to talk mobile tech, and it’s gonna get weird (in all the right kinds of ways). Send feedback, questions, and requests to podcast [AT] pocketnow [DOT] com. Follow us on Twitter, Facebook, Instagram, and Google Plus to stay apprised of the latest episodes. Tell your friends about the show so we don’t have to do a telethon to stay on the air. Join our forums to offer topic suggestions and more. And thanks for listening!

Nick Gray (Android and Me / HTCSource) 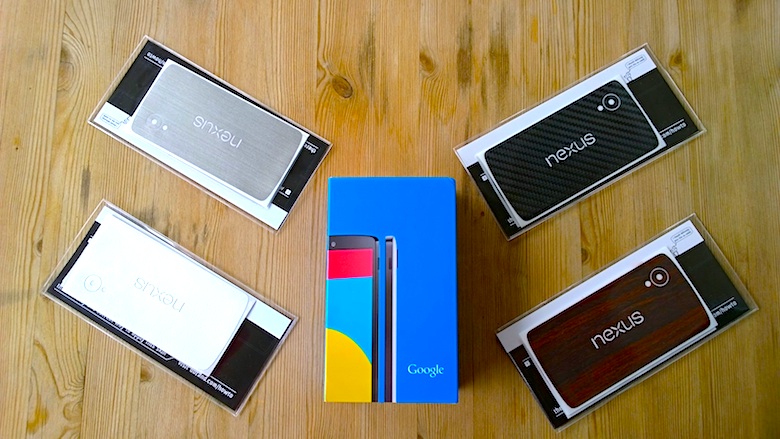 Nexus 5 giveaway: we have a winner!

HTC mid-range devices will get a push this year

Is this the iPhone 6?

Apple to slim down next-gen products with thinner backlight

Frank from NYC asks our thoughts on a possible HTC acquisition; Imran from the UK wants to know what tech items we’d take with us in an emergency; and Jonathan from the Philippines wants to know if mobile tech has reached a plateau.