The Nexus 5 has optical stabilization at the expense of more megapixels. Good.

Google’s latest Nexus is here – and it’s a doozy. The Nexus 5 camera isn’t without its compromises, but here’s why megapixels matter less than stability.
Published 31 October 2013, 15:21 EDT

As we spent the morning anticipating on the latest episode of the Pocketnow Weekly podcast, Google’s long-awaited Nexus 5 finally got itself announced today. It was a long slog; even earlier today, as the minutes turned to hours and all those “confirmations” started dissolving into the nothingness from whence they came, it was looking like yet another false alarm. But just as we were starting to retool for a November 1 release date, the Nexus 5 hit the Google Play Store. And when units finally start arriving at buyer doorsteps over the next few days, they’ll come packing a feature that I consider the most important enhancement to hit mobile photography in years.

Sharp readers will recall that the Nexus 5 isn’t exactly number-one on my most-wanted smartphones list. As I told Joe Levi and Anton D. Nagy on today’s Weekly, the idea of 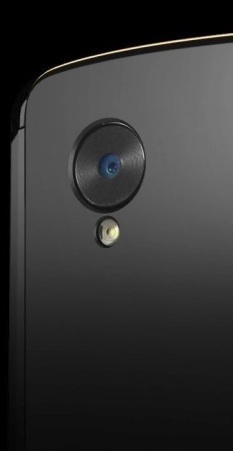 minimalism -the notion that a smartphone’s hardware should “get out of the software’s way”- can be taken too far, and I think what we’ve seen of the Nexus 5 so far bears that out. Even in white, it’s a very dull-looking handset – with the exception of the oversized camera module. Anton hates the thing, and I can see where he’s coming from; the quarter-sized circular component dwarfs the tiny camera lens at its center, and the whole thing comes off as a bit ostentatious compared to conventional smartphone shooters.

But the Nexus 5 doesn’t have a conventional camera. Just like Nokia did with the Oreo-sized imaging crater on its Lumia 1020, LG is emphasizing that this is an optics module with unique capabilities – capabilities the company has made sacrifices to achieve. In a smartphone that otherwise closely adheres to the build and specs of the G2, the Nexus 5’s camera takes a demotion in resolution from 13MP to 8MP – but it retains the optical image stabilization that’s the real star of the show. And I couldn’t be happier.

Though I wasn’t the biggest fan of the LG G2, I did value its camera experience above most other smartphones. I’d used OIS-enabled cameras before the G2, of course: both the Lumia 1020 and the HTC One include the technology. But the G2’s implementation of the feature managed to wow me more than either of those devices (I’m talking specifically about the stabilization here). Walking down the sidewalk with the G2’s camera turned on was an exercise in wonder: the phone’s hardware stabilization smoothed out the jitters from footfalls -and the hand shakes from too many cups of coffee- perfectly. Its liquid smoothness made the world as seen through the viewfinder preferable to the real thing. Granted, when you’re testing phone cameras on the wrong side of the train tracks in Greater Boston, that’s not hard to do – but it really does an excellent job.

But smoother videos aren’t the extent of the benefits conferred by optical image stabilization. And the other predictable advantage, reducing motion blur from shaky camera hands, also isn’t what I’m getting at.

Instead, the real benefit is something much more exciting – something Nokia Lumia, LG G2, and HTC One owners long ago realized: where OIS really shines is in capturing low-light shots. While manufacturers can do a passable job enhancing dimly lit photos using software tricks (the OIS-less HTC One max is a good example), there’s still no substitute for the fundamentals. It doesn’t take a pro photographer to tell you that leaving the shutter open for longer lets more light hit the sensor – and an optically stabilized camera stands a much better chance of eliminating the motion blur often associated with those long exposures. Here’s some shots that demonstrate the awesome:

I realize not all of these photos are created equal; the Lumia 1020 shots carry the signature of a device that prizes high saturation over authenticity, the G2’s camera favors the blues and purples at the expense of other colors, the 920 goes almost too far with the brightness, and the HTC One’s photos bear the hallmark of a phone with a fairly low-resolution sensor. But the point is that most of these shots would not have been possible but for the optical image stabilization that held their cameras steady while light flooded their sensors.

Given how much of today’s socialization (here in the Western world, at least) happens at night in bars and restaurants, the ability to capture photos in exactly that environment with the most convenient camera you’ve got is crucial. That holds true for nighttime boat rides or forest hikes, or photographing the theater’s marquee on opening night, or spelunking, or urban exploration, or any of the thousand other reasons you’d want your phone to take a clear shot in adverse lighting conditions. That’s part of the reason HTC continues selling Ones despite their lackluster resolution, and why, despite its pixel downgrade, I am excited about using the Nexus 5’s camera. Because when OIS lets you capture shots like these, you don’t really need to brag to your friends about how many megapixels you’ve got when it comes time for the my-phone-is-better-than-yours pissing match. All you need to do is fire up your phone’s Gallery, slide it across the table, and wait for the gasps to come in.

The two new color options of the Galaxy Note20 are currently being offered as carrier-exclusive trims in South Korea.

Today's deals come from Amazon, where we find the new 16-inch MacBook Pro, the LG G8…

I've used OxygenOS 11 for nearly 7 hours, and I have some thoughts.