We swear this is the new Xiaomi Mi Watch, not an Apple Watch

We may see a new WearOS smartwatch in the following Xiaomi Event on November 5th, the new Xiaomi Mi Watch
Published 29 October 2019, 18:00 EDT

It seems that we are getting a new Apple Watch clone on November 5th, during the next Xiaomi event. This isn’t the first time that Xiaomi has been accused of copying Apple, and we believe it won’t be the last one, but at least we know that they’re trying to copy the best smartwatch available today. 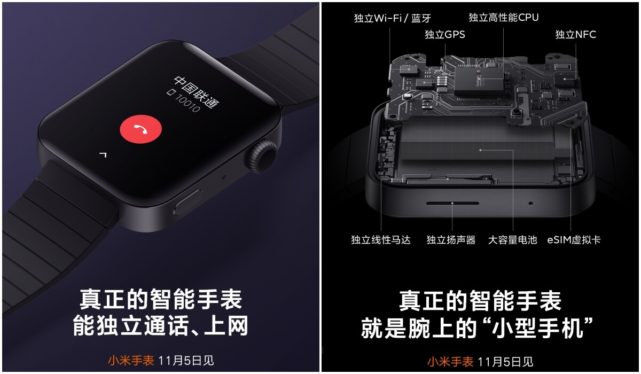 We have been receiving many important news concerning WearOS devices. First, we got rumors of a new Snapdragon Wear processor. Then we found out that Google is allegedly negotiating to buy Fitbit. A new Moto 360 has been announced for December, and now, we could soon see the launch of a new Xiaomi Mi Watch. Xiaomi’s CEO has released the design of the Mi Watch on Weibo, and well, it’s almost identical to the Apple Watch. We don’t have information concerning internals, but at least we can guess that it may include WearOS.

Aside from the usual tricks such as heart and sleep monitoring, the Fitbit Luxe fitness band will also get SpO2 monitoring down the road.

Instagram will let you filter out certain words, phrase, and emojis that are deemed…