OnePlus has a special event scheduled for next month, when it is believed that the OnePlus 7 will be accompanied by another version, dubbed the OnePlus 7 Pro. This is a fairly fresh rumor and there’s no real way in verifying it, so we’ll treat it with a healthy dose of skepticism, as OnePlus usually announces one phone in spring and one in autumn.

In any case, the renders that were leaked at the beginning of March, according to a recent report, were actually depicting the OnePlus 7 Pro. You can find them here. Instead, what you see above and below is allegedly the OnePlus 7, sans Pro. Apparently, only the Pro variant is rumored to have a pop-up selfie camera. The standard version will go along the lines of the OnePlus 6T, claims the report.

Compared to the OnePlus 6T, the OnePlus 7 places the LED flash on the camera hump, which is also claimed to be more protruding. As for the selfie camera, instead of it popping up like on the Pro, it will reside in the waterdrop notch at the top of the display, which will be smaller than last year’s model, at 6.2 inches.

You can find more details and renders at the source link below. 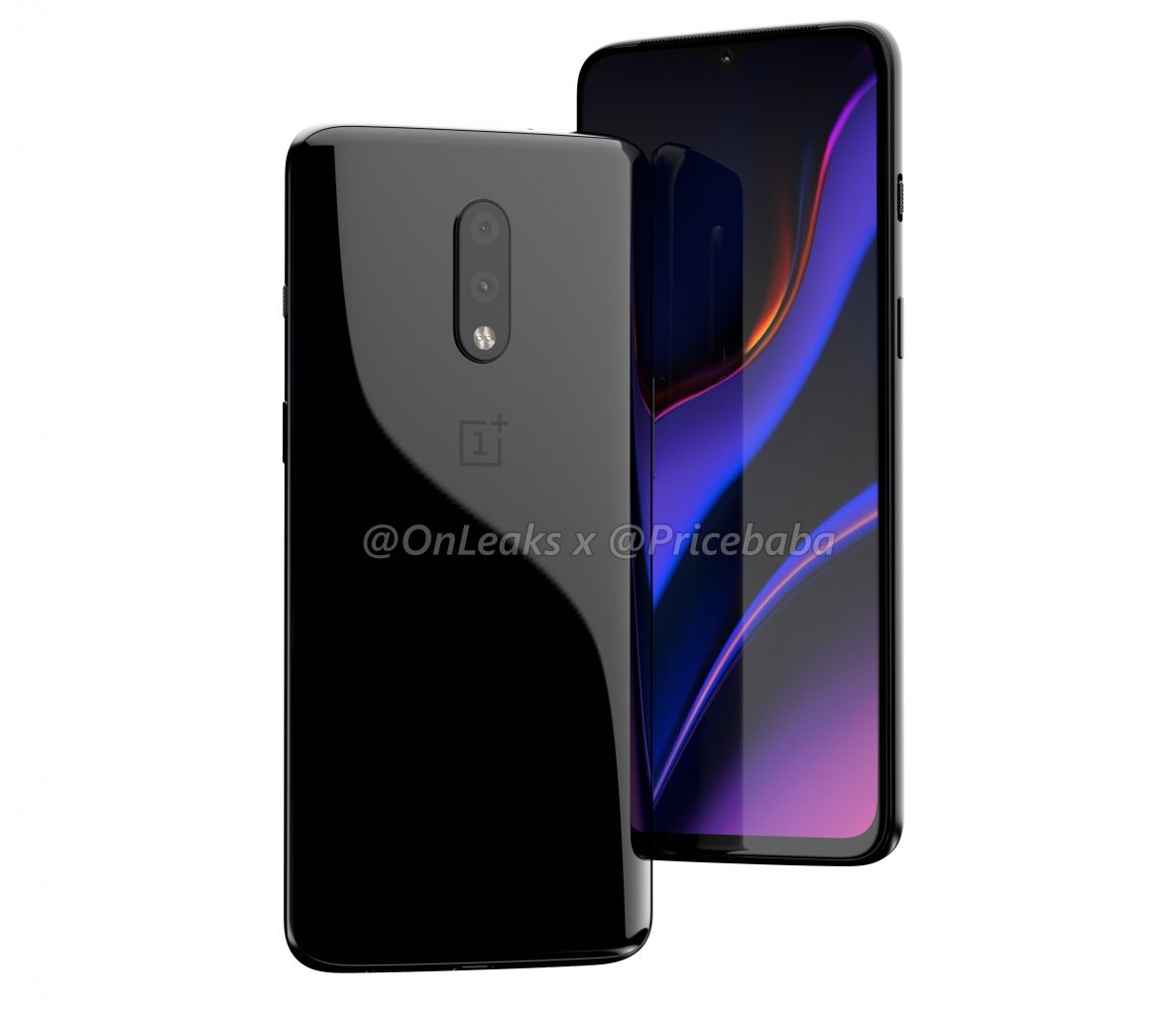 The company is said to use China-based Visionox’s solution for its under-display camera technology.