We know you’re excited by the prospect of a Zeiss-powered Nokia flagship smartphone, but for the time being, you’re only getting a pair of dumb new Nokias.

You probably don’t remember this now that HMD Global is so popular in the international mobile device-making landscape, but the Finnish company founded last year specifically to sell new generations of Nokia-branded gear actually debuted not with the 3, 5, 6 or 3310 (2017).

Its very first device was a “dumber”, lower-profile 150, and while the world awaits the high-end fruits of a refreshed Zeiss collaboration, a pair of humble, reliable and durable new feature phones sees daylight to address an audience of over 1.3 billion people, largely in emerging markets.

Inaugurated in 2013, the Nokia 105 line has incredibly sold more than 200 million copies already, clearly justifying a threequel. Compared to both the 2013 and 2015 models, this one is rounder and curvier, fitting in your hand “superbly thanks to its beautiful, natural shape.”

It’s basically a smaller, even lower-end 3310, with a 1.8-inch color screen in tow, pretty great battery life (up to 15 hours talk time and a month long standby), a new tactile island keymat, LED torchlight, FM radio and little else.

Itself a follow-up of a phone with the same name, the new Nokia 130 adds a VGA camera to the mix, as well as Bluetooth support and a microSD card slot for up to 32GB external storage. This entertainer’s autonomy is also stellar, at 44 hours of FM radio playback time or 11.5 hours of video playback, and both the rehashed Nokia 105 and 130 come in single and dual SIM variants. 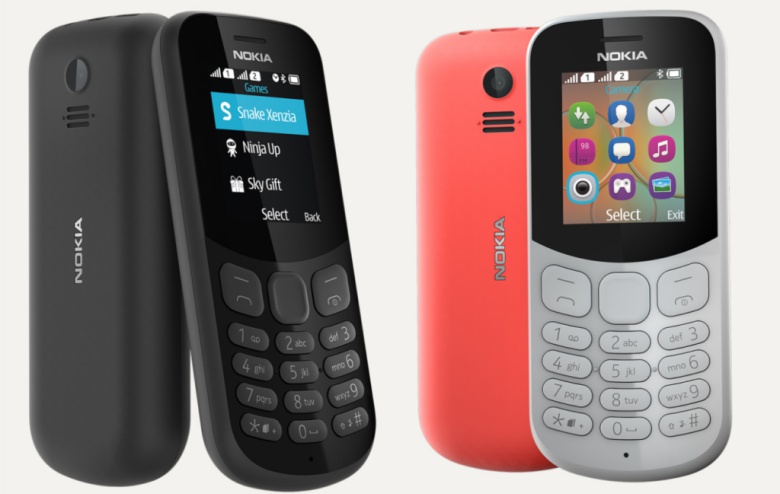 Available in red, grey and black, the Nokia 130 costs $21.50 “on average” around the world, while the blue, white and black 105 has a crazy low global average price of $14.50. As always, these can make excellent first-time phones or very solid backups.