The new Nexus 7 is finally a true iPad competitor

Up until this year, it was hard to be a tablet manufacturer if the company wasn’t Apple. Before 2010, nobody knew what it was like to have a tablet (that was not an expensive Microsoft computer obviously), and still, the iPad took the market by storm, and a storm that lasted almost four years. Why just four years? Well, if you learned about Apple’s quarter results a couple of days ago, you learned that for the first time ever, they sold less iPads this year than they sold last year. That’s not good considering that last year there were only two iPad options, and now there are three, and now there’s a broader market to cater to.

So what’s wrong? Actually, nothing is wrong. Surely the iPad was the best tablet in the market, and therefore deserved its supremacy, but times have changed starting today. See, the iPad not only had the broadest app ecosystem of any tablet in the market, but it was also the best tablet, period. It was made out of the best materials, the best specifications, it had an awesome Retina Display, and as of last year, it worked on every carrier. I know a lot of you are shocked at this statement, but seriously guys, Samsung tablets still carry just 1080p resolution, and they don’t work on every carrier.

The first-generation Nexus 7 did a lot to stir market awareness to Android tablets. It wasn’t only affordable, but it was well equipped, and yeah, it was a cool-looking tablet. The price tag alone made this product such a no-brainer, that it’s clear that Apple had to feel some heat by its competition in the last 14 months.

Sadly, the only thing that the Nexus 7 had that made it hotter than the iPad was the price tag. When compared side by side, even the iPad mini made the Nexus 7 look bad, and still, it was only better than the mini because of its price once again. So yeah, let’s face it, as good as the Nexus 7 was last year, it was a price thing, and not really a “product thing”.

Today, even though the new Nexus 7 isn’t officially available everywhere, people are already getting their hands on them through retailers, and if Apple wasn’t worried about the fact that their tablet sales are falling, they should now, and here’s why: 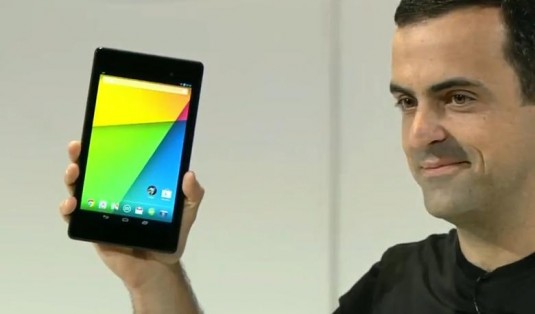 This year, the new Nexus 7 is a whole different animal. The thing is still as inexpensive as an inexpensive tablet can get, but now, that’s not the only benefit that you’ll find. This new version is well designed, well equipped, portable, and as we’ve tested during today, the thing is fast.

Surely there are people that are already stuck in the Apple ecosystem and really won’t adopt an Android tablet that easily. There’s also a good amount of people that are simply happy with iOS as it is, and don’t feel like taking the plunge on Android. The new Nexus 7 is not an iPad killer in any way, but it’s really the first iPad competitor that deserves respect.

I think of my older son who’s on his second year of high school, and seriously, the new Nexus 7 is a far better option for me to give him, than to give him an iPad, or even a portable game console. I was seriously considering an iPad mini, but let’s be honest here, the new Nexus 7 blows that mini out of the water.

This boosts the Nexus brand 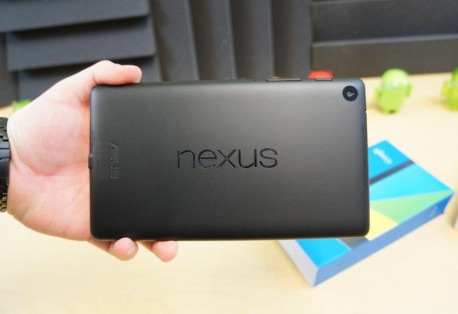 Let’s admit it, before this new Nexus 7, the Nexus brand wasn’t really attributed to the “the best of its class” products. The only exception I remember was the Nexus One, which was clearly ahead of its time when compared to every smartphone in the market. After that, the Nexus brand has been about challenging OEMs with their pricing and not necesarily their products.

This time things have changed with the new Nexus 7, and that’s a really good thing. I was always irritated when people told me that they considered Android tablets as second-class citizens of the market, but sadly, they were mostly right. Android needed a high-end tablet, and this time, it’s not only of good quality, but the new Nexus 7 is also crazy affordable.

I insist on my thoughts that tablets shouldn’t be expensive. Every time people call them computers, I chuckle because even though the principle is that they are, they are still not at the level of being able to replace a computer. Please, don’t fill the comments with arguments about the Surface Pro, because that’s not the category of tablets we’re talking about. This article is about tablets running smartphone operating systems and ARM-based chipsets, and in that arena, the iPad and the new Nexus 7 will now reign supreme.

I praise Google for challenging the system. It’s not fair to pay the price of a full computer, for something that clearly isn’t. We just needed a company that was bold enough to show the market the true price of a product, and in that respect, I even feel more compelled to support Google in their endeavor by sharing my two Benjamins with them.