With a Nexus 7 out there, why would anyone buy a Galaxy Tab?

The Galaxy Tab 3 8.0 is still undergoing testing in our review chamber, but is anyone still in the market for the tablet after the new Nexus 7 release?

I know: that’s a bait-y headline that begs for qualifiers, and we’ll get to those in just a second. Before that, though, I’d like to apologize to those who’ve been waiting for our full review of the Galaxy Tab 3 8.0.

For those of you who’ve gotten lost in the avalanche of news since we took delivery on our own Tab 3 8.0 review unit, we unboxed the device a few weeks back – and then we immediately put it up against its closest Samsung-branded competitor, the Galaxy Note 8.0. We promised a review on the heels of that comparison, but then something significant happened: a Nokia Lumia 1020 landed on our doorstep quite a bit earlier than we’d expected it, thanks to our friends at AT&T. The 41-megapixel smartphone was a more-anticipated device than the Tab, so we bumped our scheduled coverage of the latter in order to focus on the Windows Phone (though Taylor Martin’s review of the larger Tab 3 10.1 went up on time). So for those of you who’ve been patiently waiting for our Tab 3 8.0 review, I apologize for the delay. Even if we don’t get a full review up, we’ll have some more in-depth impressions to share on the device soon.

One piece we did manage to deliver in a somewhat timely fashion, though, was a fairly straightforward expression of befuddlement, titled “I don’t know why Samsung made this.” And while I expected a torrent of rage in the comments for daring to suggest a popular OEM’s product maybe didn’t deserve to exist, I didn’t get it. Instead, many readers agreed that the Tab 3 8.0 is a tough product to get excited about considering all the other tablets out there.

Since then, we’ve seen Google announce the new version of its popular ASUS-made Nexus 7 tablet – a development that’s only muddied the waters. Aside from its much-less-confusing brand name, the new Nexus 7 enjoys quite a few advantages over the Galaxy Tab 3 8.0, including a higher-resolution display, lighter weight, and a more powerful processor, not to mention the wireless charging some of us love dishing about. Then there’s the whole “Nexus” thing: as a Google-sourced-and-supported device, the new Nexus 7 will receive more timely Android updates and doesn’t have to put up with the added lag and bloat of a third-party UI riding atop the OS.


But we’ve already given the Tab 3 8.0 its fair share of bunk, right? The simple fact that it’s a third-generation rendition of a fairly underwhelming device shouldn’t consign it to the dustbin right out the gate, especially since “underwhelming Android tablet” is the “Department of Redundancy Department” cliché of the tech world. There are people out there who will prefer the Tab 3 8.0 (or its 7-inch sibling) over the new Nexus 7 release for a variety of reasons, and it’s important to touch on them. Here’s three that we can think of. 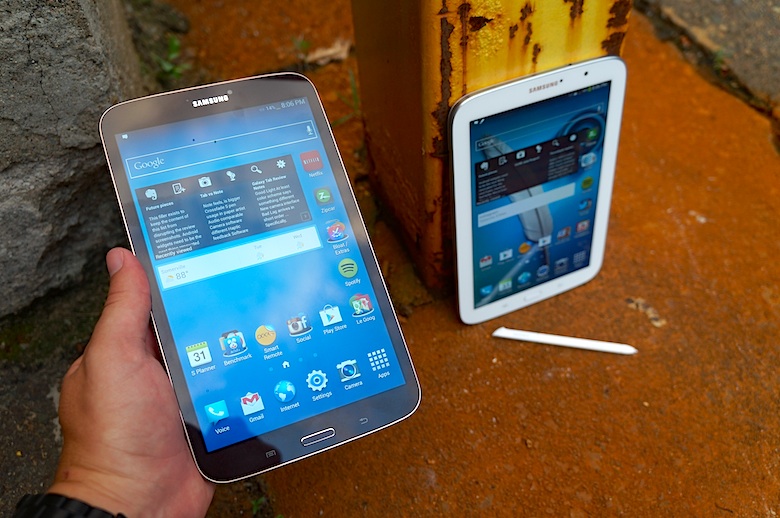 As long as we’re tossing around clichés, let’s dump another one in here: like the saying goes, “there’s no accounting for taste.” While the new Nexus 7 is quite attractive to my eye, with its tough matte exterior and tastefully undersized notification light, I have no doubt that scores of people out there prefer the glossy, faux-luxury finish of the Galaxy Tab 3 8.0. The “gold brown” color of our demo unit might not exactly light my candle, but in concert with the brassy accents and hyperglaze finish, it’s a product I believe many folks would at least call “handsome.” It certainly makes a statement, something the comparatively dull Nexus 7 doesn’t appear concerned with. Also, it features a thinner cross section and a physical home button, for those who like their tablets thin and their buttons clicky, and its entire design aesthetic is very consistent with Samsung’s Galaxy family (more on that below). 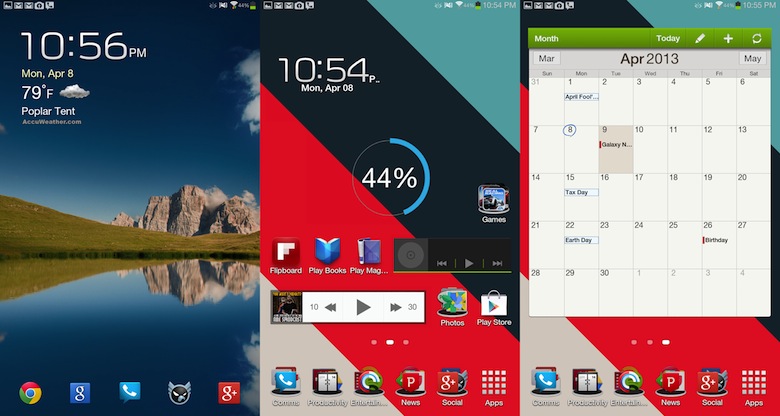 While it’s almost sacrilegious to put a manufacturer’s third-party UI in the “pros” category of any article, that’s in large part thanks to the snarky echo-chamber of the tech space. Yes, “skins” are annoying much of the time, but as Joe Levi and I recently pointed out in separate articles, they’re not always the hell-sent enemies of taste and utility we geek snobs make them out to be. Some people actually prefer the bright and colorful cheer of TouchWiz to the techno-starkness of stock Android’s Holo interface, and there’s no question that Samsung’s skin brings in a ton of features to go along with the chrome. I still think the company’s feature-heavy approach to customization is more confusing and haphazard than valuable, but some buyers just want more, no matter how it’s presented. Whether it’s Smart Stay, Multi-Window, or the special high-contrast Reading Mode, the Tab 3 8.0’s software load gives them that. 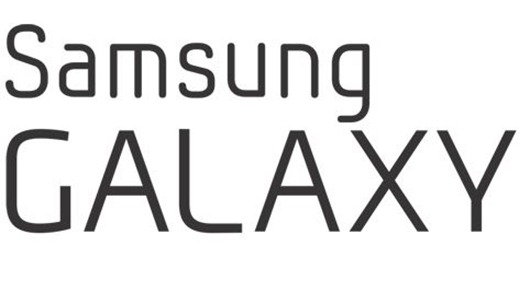 As compelling as the Nexus brand is to geeks like us, who know the ins and outs of Android devices and understand the minute differences that make all of them different, the fact remains that it’s not a very powerful name in the consumer space. That’s not an indictment of Google; if the company wanted the Nexus brand to flourish, it certainly has the means to force it into the minds of consumers – it’s just not a priority for them at this time. Samsung, by contrast, seems obsessed with blasting the Galaxy brand into every available corner of the market – something it’s been doing for a while now. From smartphones to tablets to cameras, the “Galaxy” sub-brand has so saturated the market that it’s effectively now synonymous with Android. And the excellent performance of devices like the Galaxy S 4 and Galaxy Note II is only solidifying that positive association.

It’s that last point that Samsung is probably banking on to help the Tab line compete with the new Nexus 7. Because even though the device is $70 more expensive at retail, it bears a brand that’s not just proven, but popular. And popularity, as some other brands can tell you, can make or break a product line. When it’s backed up by reasonable performance and a strong ecosystem, popularity is often a sign of a pretty good device. So whatever our ultimate verdict on the Tab 3 8.0 turns out to be, it’s probably a safe bet that if you find yourself wanting one instead of the new Nexus 7, there’s no reason to hang your head in shame.

Agree violently? Disagree vehemently? As always, you’re welcome to drop a comment below, but if you’d like to engage other Pocketnow readers in a debate on the merits of the Galaxy Tab family versus the Nexus line (or any other tech products), consider joining our new forums!