The next version of macOS, succeeding the current 10.14 Mojave, will most likely be announced at the upcoming WWDC 2019, kicking off next Monday. We’ve already seen a sneak at the Dark Mode inside the upcoming iOS 13, to be unveiled at the same Developer Conference, and now we’re getting some early previews of what appears to be new apps for Music and TV to be added to macOS 10.15.

9to5mac has managed to get their hands on a couple of screenshots (above and below) of the new apps. The Music app will be based off of iTunes, and shares the same design language with the TV app, featuring a grey sidebar with colorful icons. The search bar seems to have been moved to the sidebar, which, in case of the Music app, will search both your Library and Apple Music.

The TV app, on the other hand, brings a toolbar at the top of the window, where the user will be able to choose between “Watch Now”, “Movies”, “TV Shows”, “Kids”, and “Library”.

We’ll definitely know more about both macOS 10.15 and iOS 13 on Monday, when they will be announced during the keynote. 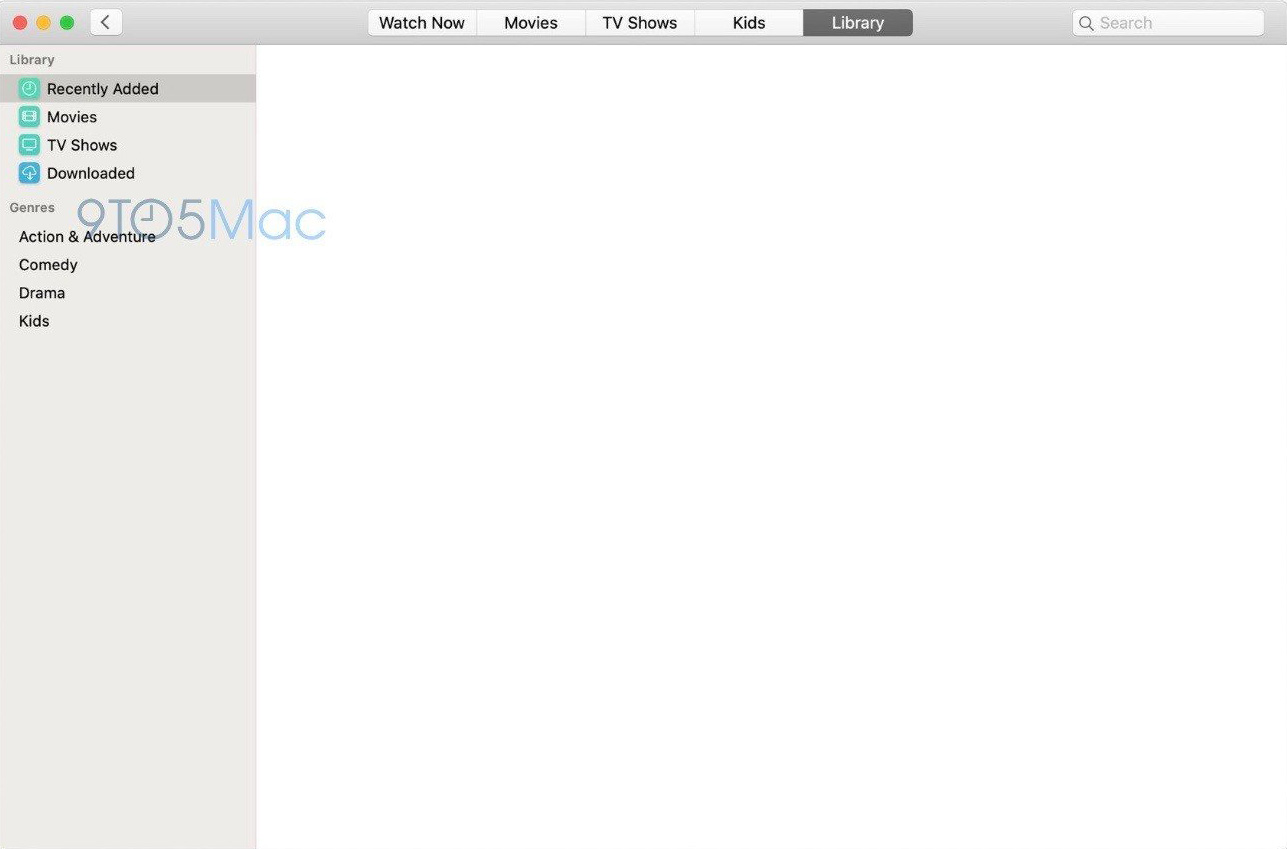