There’s no new Moto 360 today, but these FCC docs hint that it’s on its way

It looks like a second-gen Motorola wearable will be on its way soon, as new Moto 360 FCC docs surface at the regulatory agency.

This morning’s Motorola event brought us three new phones and two new Bluetooth accessories… and that’s it. And while that was ultimately more hardware than we were necessarily expecting, there was one other device lingering in the back of our minds that we were holding out hope might make an appearance: a new Moto 360. After all, we’ve been anticipating new hardware for a while now, and recent price cuts sure seemed to suggest that Motorola was clearing stock of its first-gen model. While we didn’t get a new smartwatch today, some new evidence sure makes its eventual arrival seem almost imminent, as the FCC publishes certification paperwork for what sure appears to be the new Moto 360.

The FCC documentation establishes this device as a smartwatch, and reveals the presence of Bluetooth and WiFi support. Model numbers 360L, 360S, and 360SP are all mentioned, and a diagram of antenna placement confirms the return of a circular body.

We don’t pick up much in the way of new insight into this hardware, but just seeing it surface at the FCC is interesting enough on its own. Could this mean that Motorola is gearing up to introduce the new Moto 360 sometime in the next several weeks – maybe as its headlining device for IFA in early September, especially considering how its new smartphones have already made their debut? Nothing’s certain, but we could easily be talked into believing such a theory; now we just have to see if this new Moto 360 can manage to leak half as well as the new Moto G just did. With a little luck, some images of the hardware itself could soon be in our future. 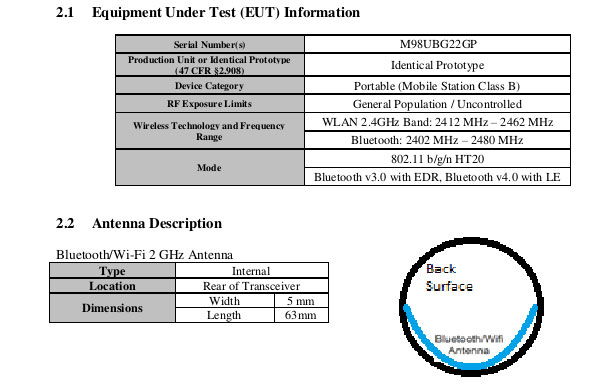 The feature is live now.