Here’s why I really hope this is new Moto 360

The LG G Watch and the Moto 360 caught my eye when Google introduced Android Wear. The G Watch beat Motorola to market, I bought it so I could go hands on with the new platform and the new OS. I didn’t mind the squarish face, but I was really enamored with the round face of Motorola’s watch – despite the “flat-tire” that so many complain about. 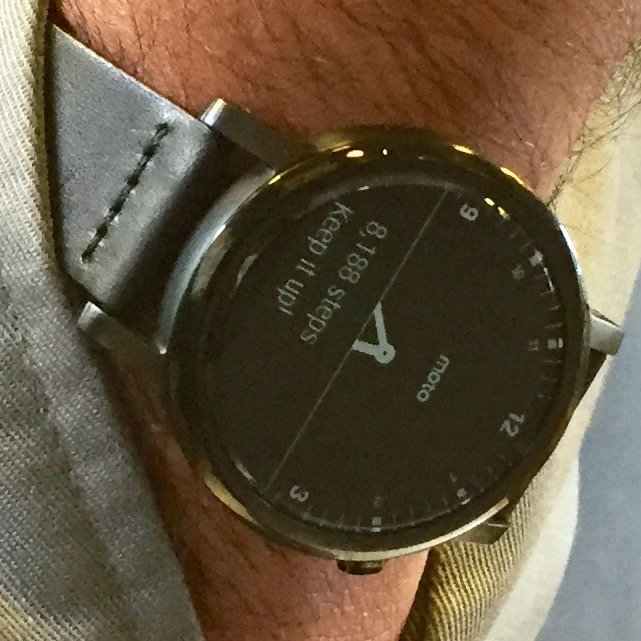 As soon as the Moto 360 was available, I bought it. To this day, I haven’t regretted the choice. The flat-tire doesn’t even bother me like I thought it would (it’s there to house the ambient light sensor, just in case you didn’t know). There are, however, some things that I’d like Motorola to change in its next version.

First off, the way the watch band connects to the body is novel and unique – and a pain to deal with. It’s not compatible with all the watchbands that are on the market that work with virtually every other watch in the world. That’s resulted in physical damage to the back of the watch in the forms of cracks.

Next, the battery isn’t big enough. Ideally it would have twice the capacity of the current version, or the hardware would use half the power. However it’s accomplished, battery life needs to be doubled on the next version. 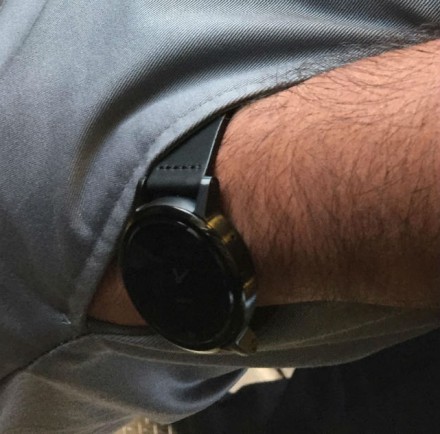 A new Moto 360 will probably be released later this year, and at the rate we’re seeing pictures of the currently-unreleased watch in the wild, it’s going to be soon (IFA, perhaps?).

Back in March we saw a briefcase with watches, rings, and bands that seemed to display two different screen sizes of “the next Moto 360”. Now, on a commuter train  in Chicago (where you apparently have a good chance of catching Motorola employees), an observant fellow caught a glimpse of an “unusual” smartwatch.

“Looks to me like a Moto 360 with traditional lugs. It matches the renders that became available earlier (incl. the button on the right side that has been moved up to the two o’clock position). “

Gone is the single circle with a band that attaches on the inside, it’s been replaced with a more traditional setup. The button has been moved to the two o’clock position, which is a little easier to push and shouldn’t get accidentally triggered when bending your wrist. We might also see a bump in the number of pixels, according to another rumor.

Looking at what I suspect is the unreleased, unannounced “real deal”, I like what I see, and I hope we get it sooner than later!

All processing will happen on the iPhone linked to the Apple Glass, and there will be support for wireless charging as well.