It’s no longer just a bigger iPad with software features and a clunky stylus. Apple announced a major update to its 10.5-inch and 12.9-inch iPad Pro models and they have seemingly matured greatly for the series’ third generation.

Bezels have been pushed down to come to about 10mm from display to edge. That’s more room for the Liquid Retina LCD, the same one featured on the iPhone, but bigger. All of these changes combine mean that the 10.5-inch screen goes up to 11 inches within the same size body at 264ppi while the 12.9-inch keeps its display span, but the shell has shrunk greatly. Apple has shed 15 percent off the thickness of its tablets down to just under 6mm. 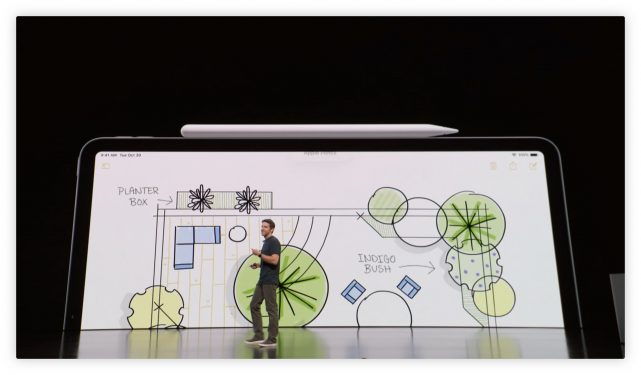 No more awkward charging situations: a new Apple Pencil finally gets a natural on-device home with 102 side-mounted magnets on the iPad Pro and starts charging as soon as it’s docked on any of its four sides. Tap controls on the pencil allow users to flex by zooming into their canvas on Adobe Photoshop. The magnets also work with a new keyboard folio that fits the new sizes.

The TrueDepth camera system and Face ID is brought onto the iPad for the first time — there wouldn’t have been any room on the bezels, anyway. Authentication can be done in both orientations. The home button is done away with in favor of gesture navigation with multi-app views, Slide Over and more. 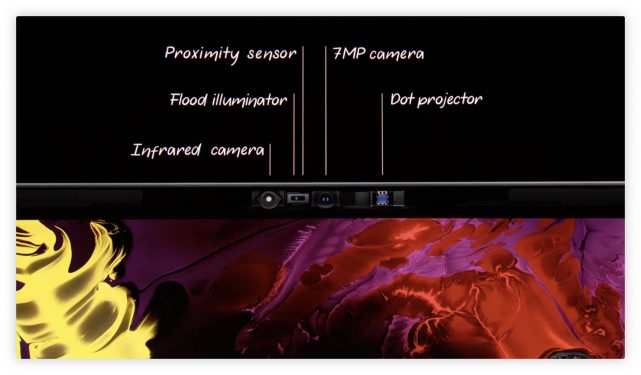 The A12X Bionic amps up the latest iPhones’ A12 chips. 10 billion 7nm transistors are spread out across a larger chip. They’re spread across eight CPU cores (four power and four efficiency, both groups can be worked simultaneously) and 7 GPU cores. The Apple Neural Engine also makes an appearance here to enable machine learning tasks including gaming graphics, computer-aided design and augmented reality calculations.

NBA 2K will be coming to mobile for the first time on the credits of the new silicon set. Players can animate in virtually an unlimited number of ways at 60fps with anti-aliasing and HDR bloom in native resolution — no pre-rendering required. 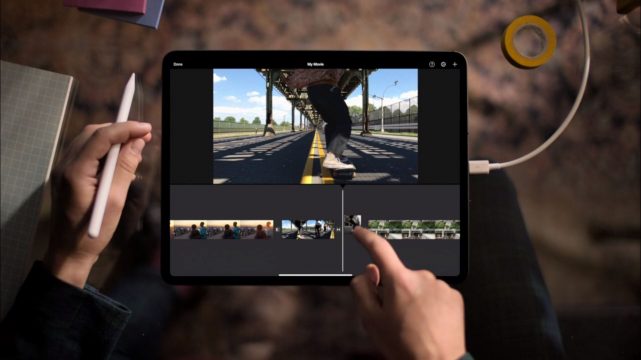 A new storage controller chip will also allow for maximum storage of 1TB. With that capacity, the company has decided to move away from Lightning and connect externally via USB-C. All the typical standards are applied, including charge out, display out and more. Battery life is rated for 10 hours of use on all models.

Facebook is breaking promises about WhatsApp, as expected. Learn how to tell if your next messaging app is going to last or will eventually become horrible just like the others.

Apple is looking to move a big portion of iPad production to Vietnam, marking the first time that China’s monopoly over iPad is disrupted