In addition to all its new tablets, today Amazon’s also introducing a new new Fire TV, with a gaming bundle and a voice-enabled Fire TV Stick remote.
Published 17 September 2015, 13:05 EDT

Amazon’s new fall hardware lineup has just made its debut, and we’ve already taken a look at the new Fire tablets that will bring, including the Fire HD 8, Fire HD 10, Fire Kids Edition, and the crazy budget-priced $50 Fire tablet. That all adds up to a great start, but we’re not done quite yet: Amazon’s also got some new devices for your living room, and today also reveals the new Fire TV, Fire TV Stick with Voice Remote, and Fire TV Gaming Edition.

The new Fire TV moves from its old Snapdragon 600 to a 2GHz MediaTek SoC, and picks up 4K support in the process. Like the first-gen device, there’s 8GB of onboard storage (with room for microSD expansion) and 2GB of RAM. And while wired Ethernet is still an option, support for high-speed 802.11ac MIMO WiFi means you can keep your setup wire-free while still enjoying high-bandwidth content. Pre-orders are open now, with the box priced at just about $100. Amazon will get shipments started on October 5.

The Fire TV Gaming Edition takes that new Fire TV, then adds a 32GB microSD card, a couple games, and the all-important wireless gaming controller. For those, you’ll pay a $40 premium over the stand-alone Fire TV, bringing the price up to $140. Amazon will also release this bundle on October 5. 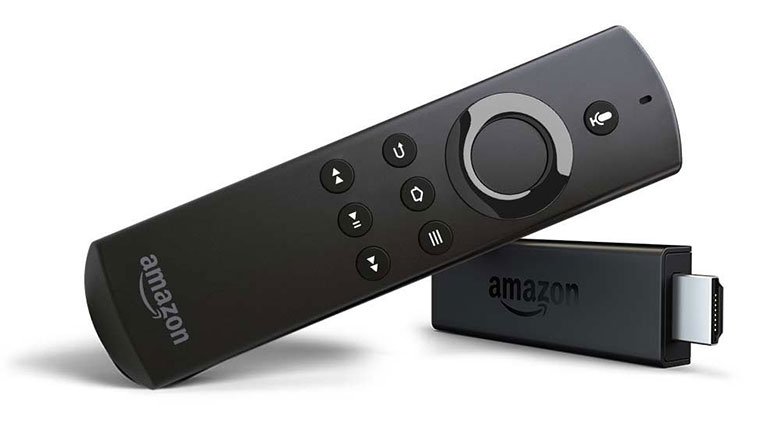