The device was ordered and delivered on Sunday, set on the charger overnight and exploded on Monday. The device does not seem to be affected by the recall.

Another Galaxy Note 7 has exploded. But this isn’t just any Galaxy Note 7. Unlike the older, recalled units, this one is an exchanged, new unit.

It was sold to one Hui Renjie by Chinese e-retailer JD.com. He bought the device this past Sunday and had it delivered that same day. He plugged it in for an overnight charge, then woke up on Monday to a Note 7 smothered in black smoke before it exploded.

Hui told Bloomberg that a Samsung representative visited his house and asked for the phone. He declined and decided to expose the issue to the public as he does not trust the company to properly handle his claim. 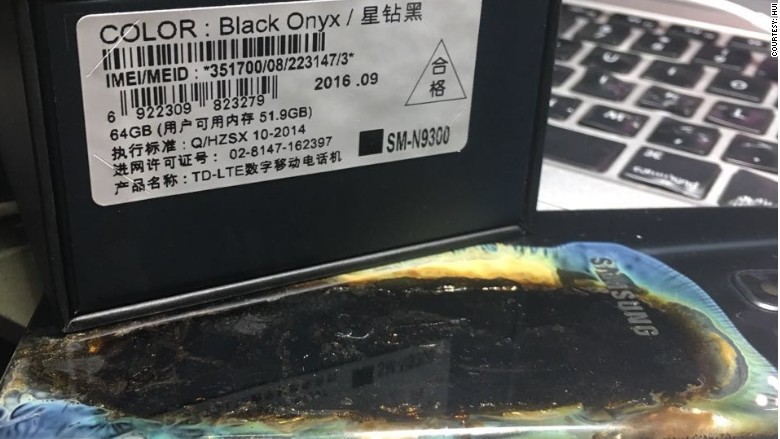 CNNMoney obtained a video and pictures of the blackened device with Hui’s MacBook tainted with soot and some unidentifiable yellow substance. The IMEI as labeled on the box was checked to be clean and not affected by the recall.

“We are currently contacting the customer and will conduct a thorough examination of the device in question once we receive it,” Samsung stated.

Four Note 7 explosions have been reported in China with Samsung questioning the validity of two claims. In one case, the company blamed an external heat source for causing the explosion.