Is this an unreleased BlackBerry rear panel? Possibly for the A10?

Check out some images of what might just be a new BlackBerry smartphone, maybe even the A10.

Yesterday we got a look at what’s supposed to be an image of one of BlackBerry’s upcoming BB10 smartphones, the A10. While a slate like the Z10, we saw a design that diverged from that model, picking up some more Q10-like styling along the way. Today we’ve got a new image to check out, and while it’s being presented alongside the theory that it’s the rear cover to the A10, we’re not quite so sure.

So, what’s wrong? Well, the A10 has been rumored to be a five-incher, while this seems just a bit smaller. That image of the A10 we saw yesterday also looked to have a more gradual curve around its corners than the harder rounded-off right angles we see here. There’s been word that the A10 won’t have a removable battery, calling into question why there would even be a component like this.

In fact, we might be tempted to call this a Z10 rear panel, but there are problems there, too. That AT&T logo sure makes this look like something that would come straight from the carrier, but we’re not aware of AT&T offering Z10 users anything like this.

Then there’s the camera cut-out – again, our issue is with the corners. The rounded-off corners with the hole in the real Z10’s rear panel are based around a much smaller radius – what we see here doesn’t look like it would fit on a Z10’s camera.

In the end, we’re not sure what to think, and will have to keep looking – Cinderella-style – for the handset that matches this component. 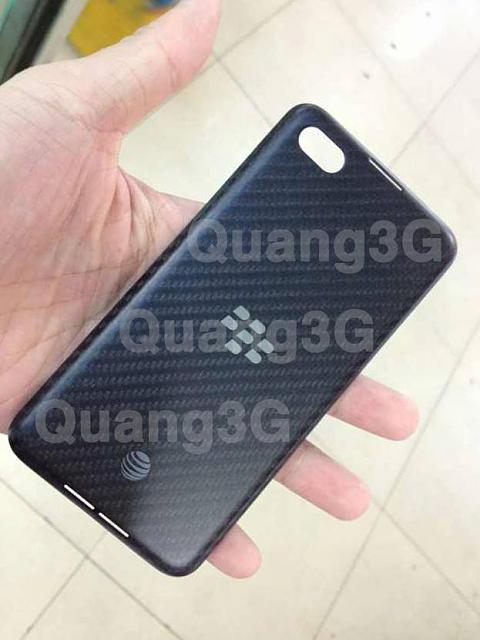