The Nokia 3310 was not MWC. It was nowhere near the story of MWC. Huawei, LG, BlackBerry and Samsung led in Barcelona and we’ve got the in-betweens, too.

You go through a weekend, you blink and all of a sudden, you’ve got a Nokia 3310, four new Sony phones and one full envisioned flagship from LG. And while there is the typical dose of honeymooning and cynicism, the backlash back-up wave of appreciation we’ve seen has not been matched for a few shows.

Mobile World Congress 2017 has been a wild ride with most of the action happening in the preceding weekend. But the voracious conversation has continued nearly a full week after the show has ended. So, simple question: what happened? Don’t worry, we’ve got answers.

We start off with TCL’s BlackBerry Mobile, taking up airtime two days before the trade floor even opened to celebrate its KEYone smartphone. The device is modestly equipped, but is emphasized by BlackBerry’s secured hardware and software treatments and is also characterized by an immovable physical keyboard. It has a price tag of $549 — many spec heads have questioned it, but some have seen it as an embrace of image pricing.

The LG G6 grabbed the largest piece of modern mindshare and may be characterized as a conservative entry when compared to what the Galaxy S8 may bring next month. Still, don’t scoff at its 2:1 FullVision screen, improved camera hardware and software (a wonderful manual mode has finally been imported from LG’s V-series) and ingress protection. Some features and priorities should’ve been traded up, columnists argue, in the G5, but Monday morning quarterbacking won’t help LG if this device doesn’t sell: it’s the most expensive device in the G line.

No trouble for Huawei, though, as it decided to take the basic engine blueprint for the Mate 9, make a few major tweaks to its Leica-endorsed dual-camera system and then coat the thing in a more compact, smudge-proof surface. The P10 and P10 Plus are not headed to the US (at least for now), but for those elsewhere tracking popular tech critics praising the phone’s visual output, — either through Barcelona tourism or a master class in portrait photography that the company set up with Manfred Baumann — you have plenty of reason to get psyched.

Sony’s quartet came in with a whine as much as it did with a roar — none of the software was ready for preview. So, we gave you a look at four reflective, metallic slabs of varying sizes with subtle differences. The Xperia XA1 and XA1 Ultra bring the starting bar for mobile photography down to mid-ranger level pricing while the Xperia XZs represents the best of what Sony can get as of now. It’s the Xperia XZ Premium that may challenge our perceptions of the company as it is the first phone announced with the Snapdragon 835. With delays on all ends of the 10nm fabrication front, though, we’ll see how much that claim’s worth at the bank.

It’s the little things that matter for the manufacturers that currently don’t matter as much as the bigger players at this show. While they have plenty of spotlight to soak up on their own time, these OEMs had to find little ways to shine through the cracks.

TCL’s main consumer brand did so with an abundance of LEDs on its Alcatel A5 LED. Not only was it a decent low-end option, but it also introduced pop-on, pop-off modular accessories to boot. It also had a lovely pair of low-enders from the A3 and U5 — spartan lifestyles or phone burners, take note.

Lenovo’s Motorola had a fun time notching just above Alcatel in the price range with the Moto G5 and Moto G5 Plus, powerful mid-rangers that once again edge ever so slightly up in the cash chain. Metal finally goes mainstream in the center span of affordability. The ambitious fingerprint sensor controls may prove a little too much for users to handle, but there’s a clean taste of Google’s Android with minor enhancements to gesture activations for apps. If you’re using the G5 Plus in the US (the G5 will be available elsewhere), you can bring the phone to any of the four big carriers — though you’ll have to buy it from Motorola first, starting at $230.

Finally, Nokia has made it known to the world that it wants in on phones again. We could talk about the Nokia 3310 again. We won’t. Instead, we slide back down in the mid-ranger chain and find the Nokia 3, Nokia 5, and the Nokia 6 — the phone already in China that’s been drained of inventory. Much like Motorola is doing, we’re looking at a “pure” Android from Google that should allow for quick software updates and an overall fluid, unobjectionable experience.

This is the Samsung part of the show as we saw two large form factor devices from the company: the Android-powered Galaxy Tab S3 and the Windows 10-running Galaxy Book. Keep in mind that we already had Chromebooks from the company at CES.

The Android side of Samsung tablets seems to be following design cues found on the Android side of Samsung phones. The S Pen is better than ever here, the AKG-tuned quad-speaker setup is keen to orientation and there’s Game Center functions, too. The Galaxy Book takes over from where last year’s TabPro S left off with two sizes, large Super AMOLED expanses and, of course, an S Pen. Pricing for both products are to be determined.

Alcatel wants in on Windows portability, too, and has decided that light, cell-connected and easy on the wallet was the way to go with the Alcatel PLUS 12. It, too, has a stylus, but is paired with a tiny footprint with its keyboard with embedded LTE and a fingerprint sensor. We found it to type well, don’t worry.

Finally, we wrap up our on-the-ground coverage with the only Android Wear 2.0 to make a launch at the show, the Huawei Watch 2. Simply put, we’d say that we would easily choose this watch over the LG Watch Sport as a decent bastion for what kind of hardware should lead the software 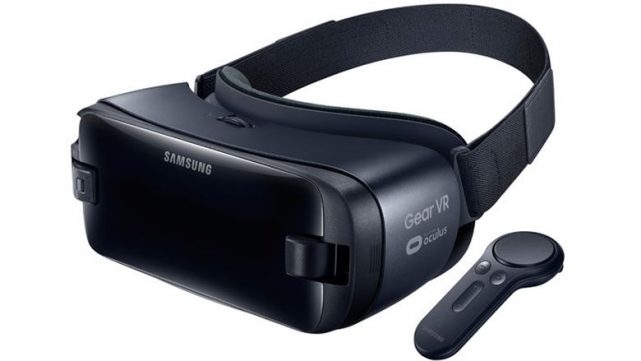 Not every bit of news gets made at where the tech media glomp over. For example:

And there’s just a bit more that you can read into just by clicking into here at any time. Anything else we’ve missed? What did the show miss out on for you? Write up a comment below and tell us!