I’m not just Joe the Android Guy, I’m also Joe the Web Guy: during the day I write web pages for a local company. I’ve been in web development since 1994 and have seen a lot come and go. The biggest differences I’ve seen have been centered around web browsers. Back in the mid- to late-90’s browsers had radically different features and functionalities. Developers had to write their code for one browser or the other, or put in a lot more work to make things “pixel perfect” across the two biggies: Internet Explorer and Netscape.

Netscape lost that battle, but before they died they started up the Mozilla foundation and threw their code out into the wild. It was arguably the best thing that happened to the web as we know it. 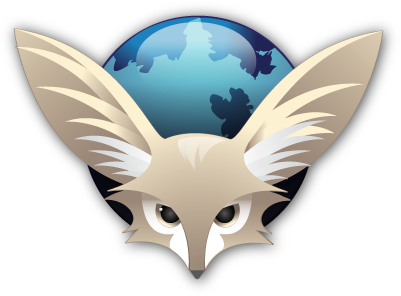 Quite a while after the Mozilla Foundation got started, Firefox came around and started beating Microsoft at their own game. Eventually, mobile browsers became more powerful. Ironically, they were the ones that were pushing web-standards, introducing us to technologies like HTML5 and CSS3. Desktop browsers seemed to lag behind. Mozilla started developing their browser for the mobile platform, calling it “Fennec”.

As smartphones and tablets became more powerful it was apparent that we didn’t need a “mobile version” of any browser, instead we needed full-featured browsers with interfaces optimized for the smaller screens that we have on mobile devices, and interfaces geared toward finger-input rather than a keyboard and mouse. Fennec for Android wasn’t needed anymore, and work began on building Firefox for Android.

What Can You Expect?

Just like when Firefox for desktop computers was en vogue, the new Firefox for Android is fast, having been redesigned to take advantage of the mobile environment while bringing you the power of a desktop browser. Start up and page load times was quick, and panning and zooming have been greatly improved.

Since mobile browsing usually goes hand-in-hand with desktop browsing Firefox for Android includes the ability to sync all your browsing history, bookmarks, passwords and form data to your Android phone.

Since it’s based on the same open technology platform as the desktop version of Firefox, you can expect the same attention to privacy and security while surfing on Firefox for Android as you do using its desktop counterpart. Not only that, it supports Do Not Track, HTTP Strict Transport Security, which will (hopefully) keep us all safer on the web.

It probably goes without saying that Firefox for Android supports the latest HTML5, JavaScript, CSS3, and other open Web standards. What you may not know is that Mozilla has helped draft many of the new features of HTML5 including new APIs to help web developers write apps which can access your device’s camera and vibration, know more about your connection through the Mobile Connection API, take better care not to drain your battery tough the Battery Status API, and know more about how and where you’re holding your device using the Screen Orientation and Geolocation APIs — all while keeping your security and privacy in the strictest of confidence.

After having been available as a Beta for a while, Firefox for Android should be shedding the “beta” moniker and be available for you to download from the Google Play Store later today.