Google may not love the hardware Motorola has on the horizon, but read why the rumored X phone could still arrive as an Android heavyweight.

After we first heard rumors about the Motorola X phone back in late December, it’s been sounding less and less likely that this could be a big Nexus-style Google collaboration, and instead just another Motorola flagship. Back then, I took a few stabs at what I might want to see from a Motorola Nexus phone, but based on everything that’s been said about the X phone since then, I think it might be high time for reconsidering what to expect from this handset.

The latest news to affect my perceptions of the X phone was just a little bit bleak, when Google CFO and Senior VP Patrick Pichette once again discussed how many months’ worth of products still needed to be brought to market before we’d see Google’s influence on Motorola’s operation really start showing. The kicker was his revelation that this Motorola stuff, while good, wasn’t what he considered Google-quality-outstanding.

If your first instinct was to think “well, forget you X phone. More like ‘crap phone’, anyway,” I suggest you take a breath, and consider the positives here. After all, Motorola’s got a certain way of doing things, and for as exciting as a new Nexus model may be, there are some things that Motorola may actually do better. 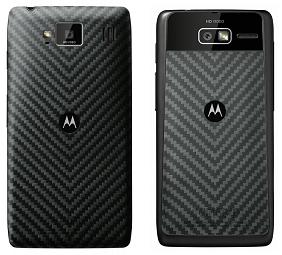 Take storage, for example. A Google-influenced X phone would probably not offer you any option for expandable storage, since Google has this Android-as-an-appliance view that users should never be concerned with in just which directories their files are being saved – microSD makes that a nightmare. Motorola is a whole lot more reasonable with its approach to expansion, and I’m feeling more confident now that the X phone could support microSD just like so many of the company’s previous models.

While I was on the fence about some of Motorola’s iconic Kevlar last time I speculated about the handset, I think it’s more likely that it could end up making an appearance. Maybe that’s part of the lack of “wow” Pichette discussed – Motorola uses it so much that it’s become a given, and even if it’s durable and has a nice feel to it, it wouldn’t be the kind of same-old-same-old Google would want to avoid with one of its flagships. That’s fine by me, since I’m a fan, but it still couldn’t hurt to see Motorola tweak it just a little – maybe play with texture a bit.

I’ve also been thinking some more about the screen. Motorola’s been quiet throughout this whole rise-of-1080p, and beyond just seeing models from all the Android heavyweights sporting these crazy high-res displays, even the hangers-on can’t help but develop their own 1080p offerings. At this point, Motorola’s going to feel compelled to keep up.

Not everything’s all roses, and if this isn’t going to be a new Nexus, then you can bet that the X phone will be just as expensive as its competition. That’s fair, and it might even help push Motorola that much harder, knowing that it won’t have a budget price to fall back upon as a selling point – the X phone needs to bring its A-game in order to compete against the likes of the Galaxy S IV on an even playing field.

So don’t let those dismissive comments about Motorola’s lineup get you down – there’s still a good chance that the X phone could end up being seriously impressive, and if just half the other rumors we’ve heard are true, looking at everything from killer new software features to a fantastic camera, this could be Motorola’s best Android in a long time.