Who is the Motorola Shamu for?

The Motorola Shamu looks like the perfect size for everyone – as long as you don’t have small hands.

The LG-built Nexus 5 is a wonderful phone. Before it landed, many complained that the screen would be too big, and the overall size of the device would be prohibitively large for a smartphone. In the year since its been around, however, the Nexus 5 has proven to be very usefully sized, without being too large to comfortably carry. Now that we’re getting close to when we suspect the “Nexus 6” will launch, we’re hearing rumors that it may be called the “Nexus X” and codenamed the Motorola Shamu. 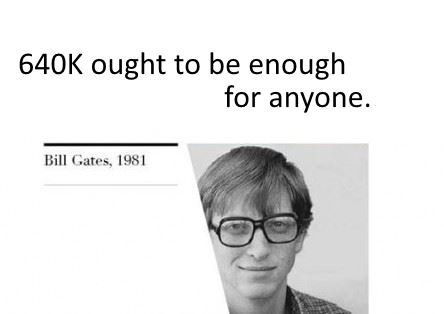 If what we’ve pieced together holds true, the Motorola Shamu will be Google’s first Nexus phablet. Reports are that it will feature a 5.92-inch screen, with battery, processor, and RAM to match. That’s almost a full diagonal inch larger than the Nexus 5.

Who would ever want a phone that big? You’ll look like you’re talking into a piece of toast. 640KB ought to be enough for anyone!

Look at the trend in mobile devices these days. Tablets, which once were in the 10- and 11-inch ballpark, are now settling down the 7-inch range. Phones, which used to be around 3.5-inches, are slowly creeping up – 5-inches is “average” these days.

The Samsung Galaxy Note 3 and Note 4 have a screen that’s 5.7-inches. Apple’s iPhone 6 Plus sports a screen size of 5.5-inches. Both the Note line and Apple’s larger iPhone are enjoying a significant amount of popularity, not despite the size of their screens, but because of it. The screen on the Motorola Shamu should prove to be even even larger, and perhaps even more popular.

That still makes us ask who large-screened smartphones and phablets appeal to?

I’m a very busy guy. I get up in the morning and go to work on my desktop computer. When I’m done there I head off to my day job and work on another computer. When I take a lunch I usually pull out my smartphone or tablet and work some more.

Back at my day job I jump between meetings all across the corporate campus, smartphone and tablet in tow. When I get back home, I spend some much needed time with my family, often watching shows that I cast to the big screen from my smartphone or tablet via my Chromecast. After that it’s back to work on the computer for another few hours before I finally hit the sack.

That’s a lot of equipment that I’ve got to pack around. My smartphone, even at 4.95-inches, isn’t big enough to get all my work done. I can email, schedule appointments, and do some research, but for me to get any real work done, I’ve got to have something bigger. My Nexus 7 tablet is almost perfect for this task, but it’s not a phone, and I don’t feel like paying for another line of service just for it, so I tether it to my smartphone for Internet access. This results in me packing around two devices where I could probably make do with just one – if it were big enough. 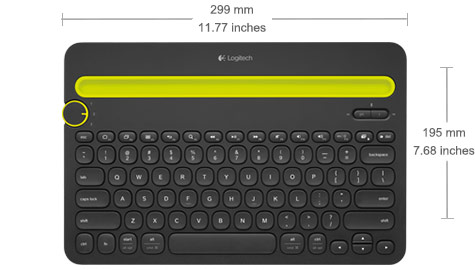 Students do a lot of writing, a lot of reading, and watch a lot of movies when they should probably be studying. Again, this is where a larger screen really helps out. Throw a Bluetooth keyboard into the mix, like the Logitech K480, and you’ve got an instant mobile workstation, big enough to get some papers written or notes typed, but small enough to be convenient enough to pack with you.

Manufacturers are making the push to 4K screens, whether we “need” them or not. Screens with that many pixels are going to be bigger than those with fewer pixels, at least of the time being. As screen technology improves, who knows, we may see a 4K 3.5-inch screen, but what would be the point at that size?

Should the rumors turn out to be true, the Motorola Shamu is ultimately built for you. It’s big enough to be as convenient and useful as a tablet, but small enough to be carried around like a phone. We may not feel the same way once it’s finally here, but until then, the Motorola Shamu looks like it might just be the perfect size for everyone – as long as you don’t have small hands.

Toda’s deals include the Samsung Galaxy Tab S6, the Google Pixel Slate and Amazon’s Fire HD 8 for anyone who’s looking for a new tablet

Analysts had earlier predicted that Apple’s fall 2020 lineup of 5G iPhones might get delayed, but the supply chain woes are getting resolved.

The Galaxy Tab A 8.4 is a big improvement when it comes to aesthetics, but it is still stuck on Android Pie and has a smaller battery than its predecessor.
YouTube 1.8M
Facebook 572K
Twitter 196K
Instagram 134K
RSS