A little earlier this week, Motorola President Rick Osterloh took to Twitter to answer questions from users like you, and what he had to say helped prepare us a bit for when we could see some future Motorola devices like a third-gen Moto X, as well as clarified what the company’s not working on, like a new tablet. He also talked a little about new options for existing hardware, including new selections becoming available for Moto Maker customizations. And while he made it clear that Motorola was testing new colors and materials, he didn’t offer any specifics. But now today Motorola may just be giving us a preview of what to expect, as the company drops a teaser on Twitter.

There, Motorola makes reference to red leather before saying it’s “got a little something in the works.”

Currently, the Moto X is available in leather backs that are either black, navy blue, natural toned, or cognac. For the Moto 360, Motorola offers bands in stone, black, and cognac.

Those cognac shades are on the spectrum of being red-ish, but the way Motorola’s directly saying “red leather” in this teaser, we have to imagine it’s talking about a new, much more explicitly red shade. Compare the image it shared alongside that tweet (above) with the cognac Moto X and Moto 360 options (below). 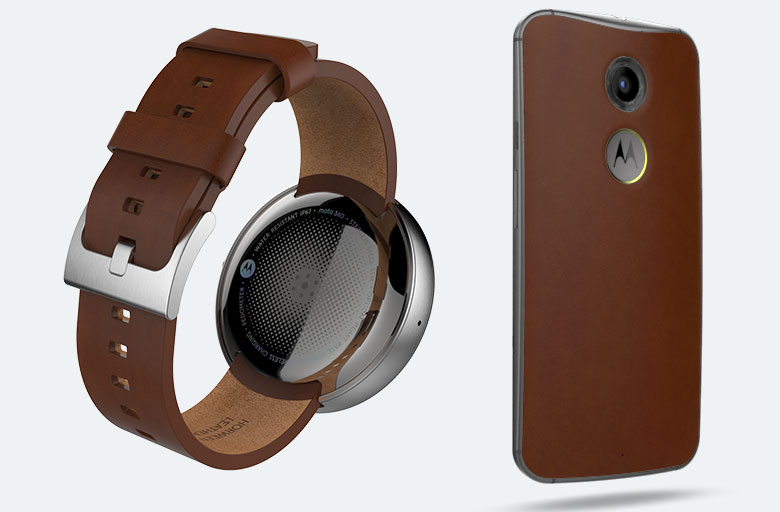