After seeing the Motorola P30 get leaked earlier this week, the phone has become official in China. Check out the specs and prices.

We’ve seen the first Moto-phone with a notch get leaked this week as the Motorola P30. With its iPhone X-like notch and camera placement, the phone has been officially introduced in China. It will be available later this month for ¥2,099 ($300) and ¥2,499 ($360), for the 6GB/64GB version, and 6GB/128GB variant respectively.

The Motorola P30 packs a 6.2-inch display with FHD+ resolution and 19:9 aspect ratio, protected by Gorilla Glass. At its core there’s a Qualcomm Snapdragon 636 processor, aided by 6GB of RAM. There’s a 64- and 128GB storage version, both expandable via microSD card. The two cameras on the back are of 16MP and 5MP, while the webcam is a 12MP unit

There’s a 3.5mm headphone jack, Wi-Fi a/c connectivity, Bluetooth 5.0, and a 3,000mAh battery that features TurboPower fast charging (delivering 8 hours of usage after a 15-minute charge). The back is Gorilla Glass as well, and the Motorola logo in the center doubles as a fingerprint scanner.

Bonus: a Motorola P30 color version that looks a lot like the Twilight P20 Pro from Huawei. 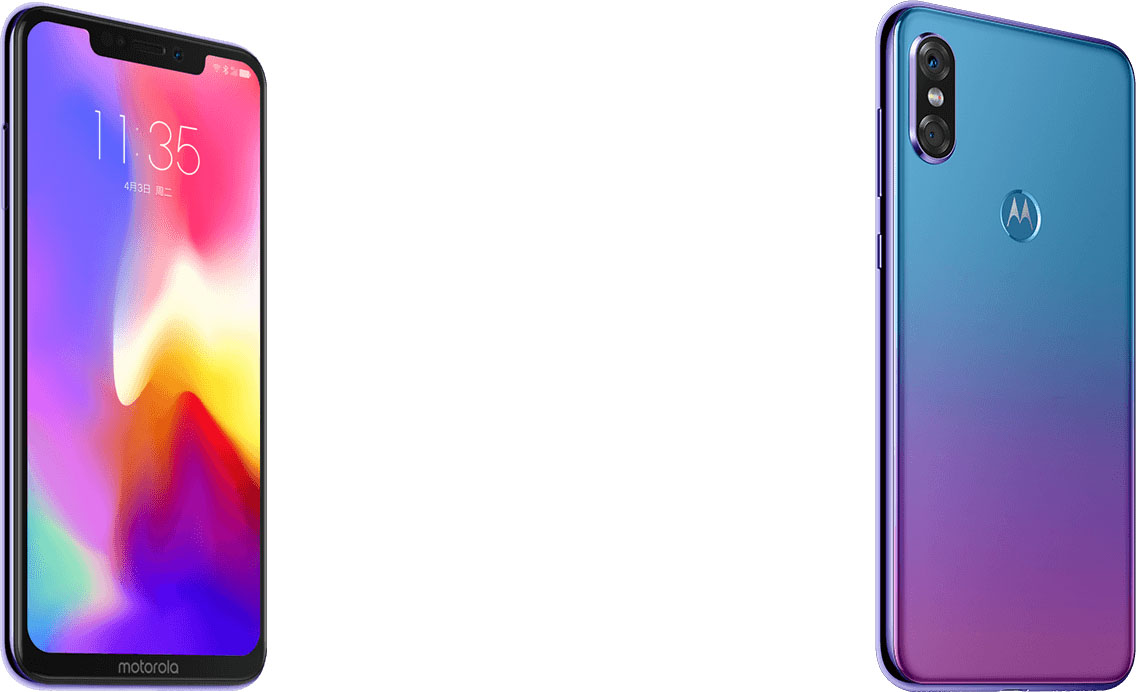